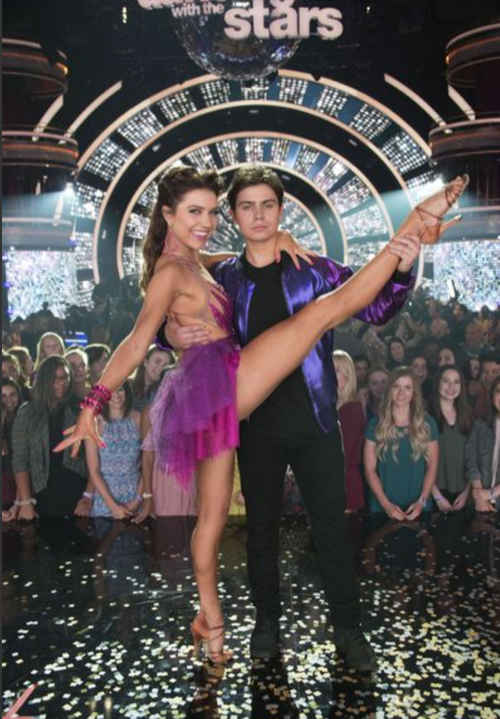 Tonight on ABC the glitz and the glamour returns to the ballroom as Dancing With The Stars returns for the second episode of the 23rd season. Actor Jake T. Austin & his professional dancer Jenna Johnson took the stage tonight and danced the Cha Cha to the “Go, Diego, Go! Theme” for their TV theme song. Did you watch tonight’s DWTS episode? If you missed it we have a full and detailed recap, right here for you.  Did you miss any of tonight’s performance videos? If you did we have them all, right here for you!

Jake is very excited about dancing and tweeted a message to his twitter fans to let them know how he is doing, “Can you guys guess what song @dance10jenna and I will be dancing to this week? #TVNight #DWTS”

Judges comments on Jake T. Austin’s DWTS Season 23 Week 2 Cha Cha: Carrie Ann: “It was a better than last week.  You were ahead of the music, I want you to slow down.  You are trying to force too much.”  Len: “What Carrie Ann said was the truth.  But, I cannot give a better score because you lost timing.  You have to calm down and stay on the beat.”  Julianne: “Work on locking in together.  Focus on to each other and that will help you with the timing.”

Watch the video below and let us know what you think, do you agree with the judge’s comments? Do you think Jake did enough to avoid elimination tomorrow? Make sure to head over and check out all our DWTS recaps, spoilers, news & more, right here.