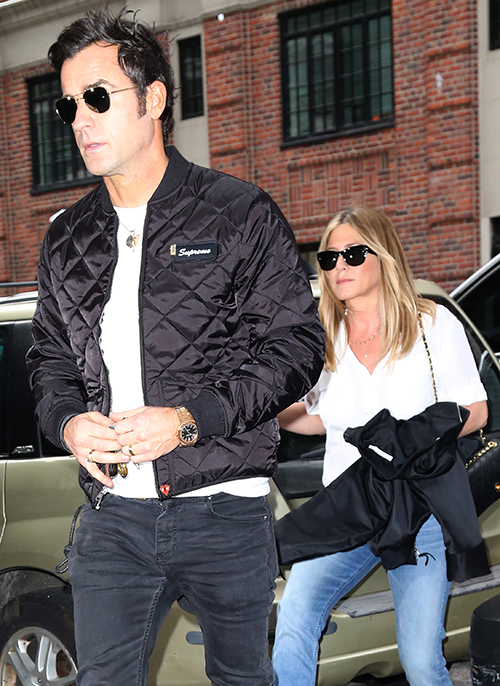 Jennifer Aniston’s botox obsession has her husband Justin Theroux worried that she might be trying to lure back her ex-husband Brad Pitt now that he’s single. In fact, there’s speculation that Jennifer wants to look as fresh, radiant, and youthful as possible simply because she thinks now is the right time to get her ultimate revenge on Brad, who just happened to cheat on her and humiliate her with his highly-publicized affair with Angelina Jolie well over a decade ago.

Jennifer Aniston knows that she’s never looked better in her life, thanks to all of the hard work she’s put into maintaining her body and her youthful looks. Jennifer has spent a small fortune on making sure she’s always camera ready, unlike her former tabloid nemesis Angelina Jolie and stressed-out and overwhelmed Brad Pitt, thanks to their nasty divorce drama.

It’s without a doubt that not only had Brad Pitt’s looks changed over the course of the last ten years, but so have Angelina Jolie’s. She was once considered one of the most beautiful women in the world, but now many of her critics have said that she looks haggard, stressed, and worn out from the pressures of not only raising six kids in her family, but from also traveling all over the world on her multiple humanitarian missions. Most of her critics agree that Angelina has lost the sexiness and allure she once had during the prime of her career when she was filming ‘Mr. & Mrs. Smith’ with Brad back in 2005.

Jennifer, on the other hand, is apparently aging in reverse, as the former ‘Friends’ star seems to look better with each red carpet appearance she makes. Then again, her lifestyle differs from that of Angelina’s, as she has no children, doesn’t engage in as much charity work as Angelina and can afford to take the time to pamper and take care of herself in between filming her movies. 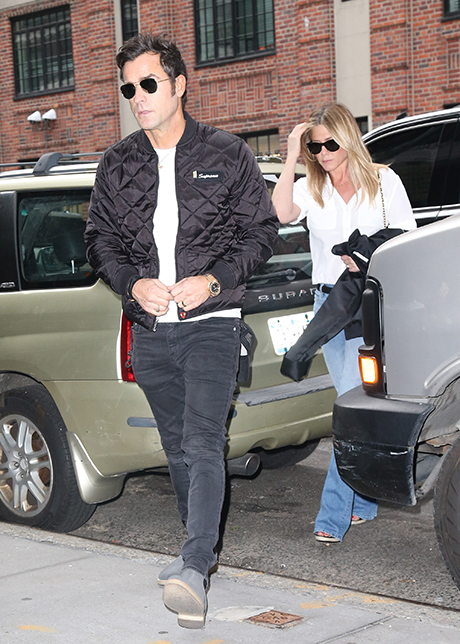 If that weren’t enough, Jennifer’s husband Justin Theroux is allegedly none too happy with his wife’s botox treatments. He was vehemently against any procedures or treatments from the beginning of their relationship and now that Jennifer is apparently hooked on botox, Justin is fuming. Not only does he think it’s a huge waste of time, but he’s also wondering if Jennifer is indeed obsessed with her looks because she wants to win back her ex-husband Brad Pitt. What do you think?

Also, check back with CDL for all the latest news on Jennifer Aniston.