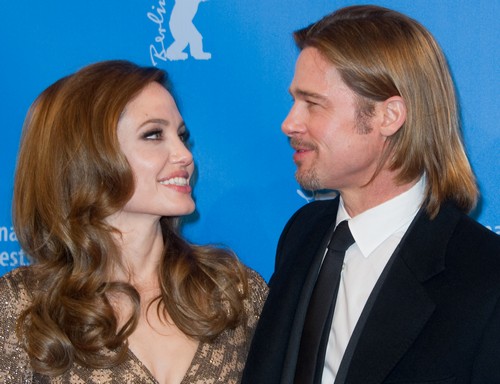 There’s a strong possibility that Jennifer Aniston is gloating over the news of Angelina Jolie and Brad Pitt’s divorce. Jennifer pulled the plug herself on her marriage to the actor back in 2005 after it was alleged that he was cheating on her with Angelina Jolie.

There’s no doubt that Jennifer Aniston woke up with a smile on her face and an extra pep in her walk today. Surely, the actress has suffered long enough from ten years worth of tabloid gossip over a Jennifer Aniston, Angelina Jolie and Brad Pitt love triangle that refused to go away.

For years, the media has speculated over the state of Brangelina’s relationship while also alleging that Jennifer never truly got over her divorce from Brad. After all, there were several rumors indicating that Brad left Jennifer because she refused to start a family with him so she could concentrate on her Hollywood career instead. Brad and Angelina went on to have six children and tied the knot themselves back in 2014, leaving Jennifer wondering if she made the most regrettable mistake of her life.

But now that Angelina Jolie and Brad Pitt’s divorce news is official, Jennifer Aniston can at least feel relieved that she will no longer be tied to their decade-long love triangle. Instead, there’s new speculation that Brad Pitt and Marion Cottilard’s relationship might have triggered Angelina Jolie to file for divorce.

It’s been rumored for some time now that Brad and Marion have gotten a little too close for comfort, leaving many to believe that a third party might have been involved in the demise of their marriage. Sure, Angelina might want the world to believe that her decision to file for divorce was based on Brad’s substance abuse and anger issues, but the truth will eventually come out sooner rather than later. And for Jennifer Aniston, there’s no better way to serve her revenge than on a cold, hard platter.

Plus, given that Jennifer has looked and felt her best in years, Brangelina’s divorce news will only further prove that she’s moved passed the drama while Angelina supposedly suffered quietly with Brad. Even though the actress had tried hard for years to portray the image of a happily married couple who are having no problems raising their six kids together, the cold, ugly truth has finally come out.

Plus, if Marion did indeed play a role in the breakup of her marriage, than karma has done it’s job. What do you think, CDL readers? Is Jennifer Aniston gloating over the news of Brangelina’s divorce? Drop us a line in our comments section below.

Angelina Jolie has filed for divorce from Brad Pitt! Jolie filed legal the paperwork on Monday, September 19, 2016, citing irreconcilable differences and she is asking for physical custody of the couple’s 6 children. Jolie does not want Brad to have joint physical custody but instead only joint legal custody. Sources close to the couple say the split has to do with the way Brad was parenting the children. Pictured is the couple during happier times at various red carpet events. FameFlynet