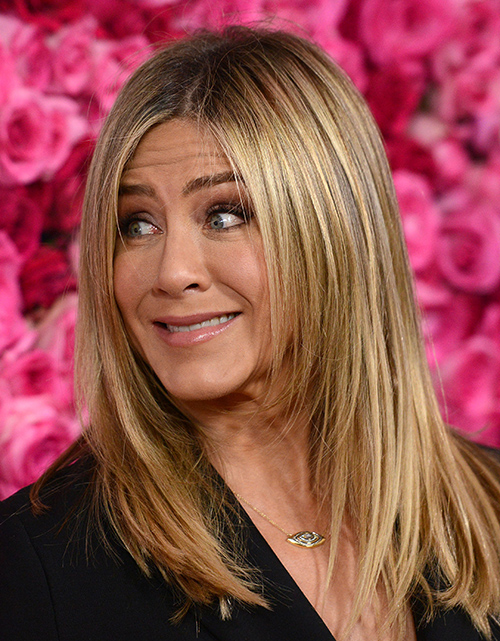 There’s trouble in paradise for Justin Theroux and Jennifer Aniston. Since Jennifer and Justin’s surprise wedding last year, the couple is hardly ever in the same state, thanks to their busy work schedules. It’s no secret that Jennifer has been unhappy with married life since she and Justin said “I Do,” because she actually sees her husband less than she did before they were married. Now, the couple is reportedly on the verge of a break-up.

This week’s edition of In Touch Magazine reveals that Justin Theroux “walked out on Jennifer” after a massive fight. Justin Theroux’s final season of ‘The Leftovers’ is currently being filmed in Australia. And, when Jen found out her husband was apparently leaving town for work AGAIN, and not even going to be on the same continent as her, the ‘Friends’ actress reportedly flipped out.

According to the tabloid, after Jen was done screaming at Justin about leaving her for work…again, Justin said ‘enough was enough’ and stormed out on her. An insider dished to In Touch Magazine, “Jen fears that the relationship won’t survive. They really are living separate lives and Jen fears a breakup is imminent.”

Here’s the thing, Justin Theroux’s career isn’t exactly booming. Theroux may be working on Season 3 of ‘The Leftovers’ right now, but HBO has dropped the poorly rated drama, and already announced that the third season will be the final season. So, Justin’s filming schedule in Australia will be short lived and pretty soon he will be sitting at home with nothing to do. Jen might be upset now, but the couple will have plenty of time to get back to a good place in their relationship.

What do you guys think? Could Jennifer Aniston and Justin Theroux’s relationship really be over? Or are they in it for the long haul? Share your thoughts and theories in the comments below!