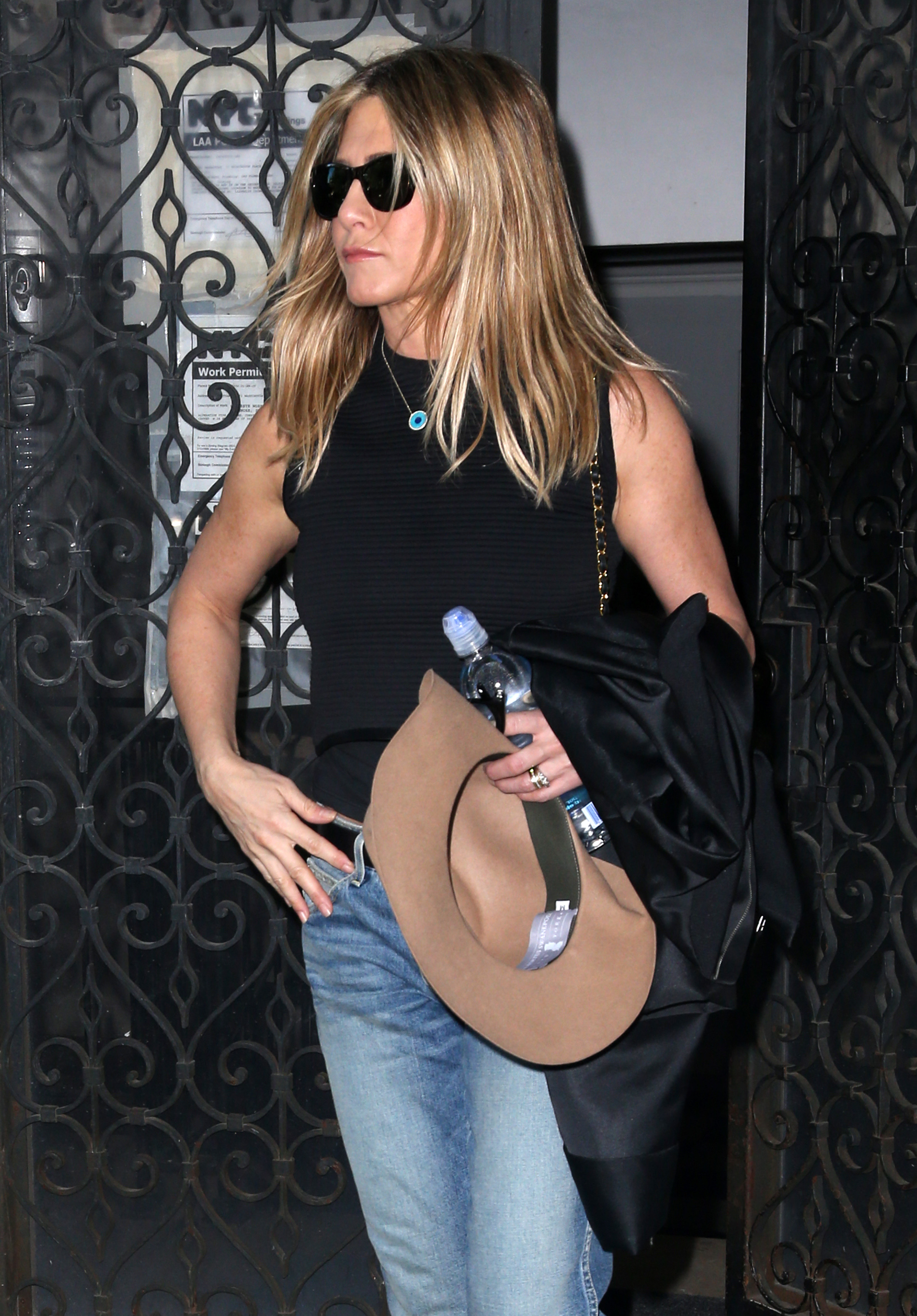 Is Jennifer Aniston trying to turn her husband Justin Theroux into the next Brad Pitt? That’s what the speculation seems to be as the actress apparently likes to see her husband similar in appearance to her ex-husband when they were still married well over a decade ago.

According to OK! Magazine, Jennifer Aniston is making sure that Justin Theroux continues to abide by her strict rules in their marriage, which includes keeping up with his appearance. Apparently, the Jennifer Aniston told Justin Theorux that he has to shave off his beard before boarding a plane from Australia to Los Angeles after he wrapped up filming for his hit HBO show, ‘The Leftovers.’

One source close to the couple dished, “Justin was asked to grow it for the show and it wasn’t his idea – he even sat for an extensive photo shoot of himself clean-shaven before he grew it because he knew it would be there for a while.”

Yet, Jennifer apparently wants Justin to look the same way her ex-husband Brad Pitt did in his prime when the ex-couple were still married until their divorce back in 2005. The insider added, “Jen likes a man with no stubble – the baby-faced look.”

And while Justin might be willing to shave off his beard to appease his wife, that doesn’t mean he’s willing to completely change his appearance altogether.

Sure, Jennifer might be more attracted to the ‘baby-faced look,’ but Justin doesn’t fit into that category whatsoever. Before Justin Theroux married Jennifer Aniston, he was known his edgy, biker style that consisted of leather pants, blacked-out denim, and worn biker boots. Yet, when he married Jennifer, his look soon began to change as he began wearing more designer duds and accessories while also taking better care of his skin and hair.

Surely, this isn’t what Justin Theroux signed up for when he married Jennifer Aniston and knowing that she’s trying to make him look like a Hollywood heartthrob might cause some serious friction between the two. Justin Theroux is no Brad Pitt and no matter how hard Jennifer Aniston works to try and make him one, her plan will just end up backfiring on her – with or without the facial hair.

Tell us CDL readers, what do you think? Is Jennifer pushing Justin to look more like her ex-husband? Drop us a line with your thoughts in our comments section below!

Night burnouts🌙⚡️💨 with @roberttrachtenberg.📸 A cool fucking book with an even cooler reason to exist… to fight Alzheimers. #redbloodedamericanmale #bwapbwapbwap