Jennifer Lopez Dumped By Casper Smart: Deserts J-Lo In The Hamptons, Jets To Vegas With His Boys For UFC Fight? 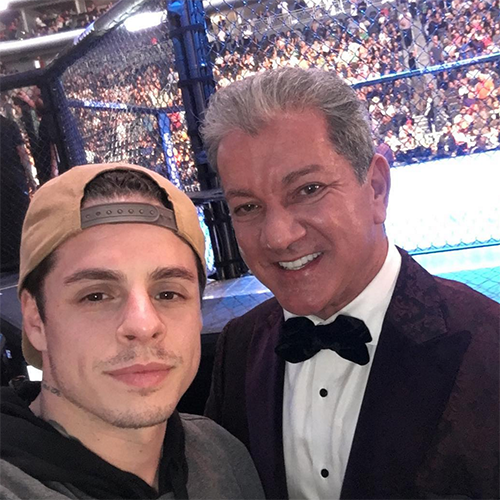 Reports indicate that Jennifer Lopez dumped long-time boyfriend Casper Smart, but could it be the other way around? That’s what fans are wondering, as Casper Smart allegedly left Jennifer Lopez completely on her own to spend a night with his boys instead.

Jennifer Lopez and Casper Smart’s first break up happened back in June of 2014, even though they were still photographed with each other all the time. Jennifer Lopez never fully confirmed whether or not they were officially back together again and it wasn’t until recently that she acknowledged their relationship status by taking him out to Hollywood events and posing with him on the red carpet.

Yet, it looks like Casper Smart might have only been in it for Jennifer Lopez’s luxurious celebrity lifestyle. Back in 2014, there were reports of Casper Smart hooking up with a trans model, and now there’s speculation that he might have left Jennifer Lopez high and dry in the Hamptons to party with his male friends instead.

Jennifer Lopez allegedly wanted Casper Smart to accompany her to Lou Pearlman’s fundraiser in the Hamptons but he elected to attend a UFC fight night in Las Vegas instead. That’s when Jennifer Lopez supposedly pulled the plug on their relationship by dumping him, yet it’s pretty apparent that Casper Smart was the one who walked away first. If Jennifer Lopez was that important to him, he would definitely have attended the Hamptons fundraiser that night rather than leaving her all by herself.

Knowing Jennifer Lopez, she won’t be on the market for very long. Jennifer Lopez’s dating life has been consistent throughout the years and it wouldn’t be surprising if she did take Casper Smart back just because she always feels the need to have someone by her side.

Tell us CDL readers, do you think Jennifer Lopez and Casper Smart’s break up was the result of him dumping her? Was Casper Smart really into Jennifer Lopez or was he just using her for her fame and celebrity star power? Let us know in our comments section below and of course check back with CDL for all the latest updates on Jennifer Lopez and all of your favorite celebrities right here.