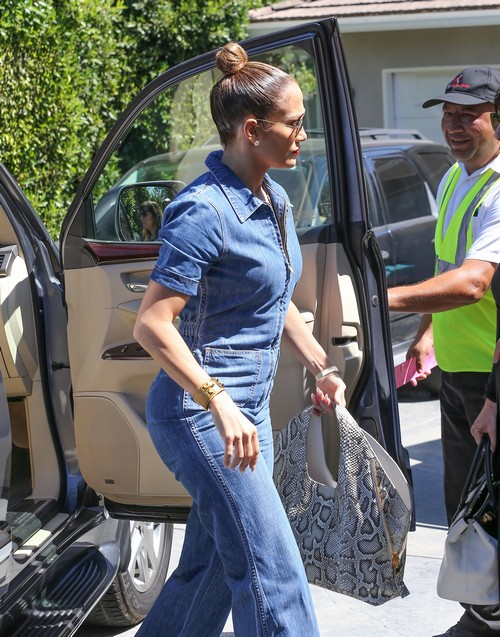 Jennifer Lopez is single again after splitting with her longtime boyfriend Beau Casper Smart. People reports that Jennifer Lopez is no longer in a relationship with Casper Smart. The couple has been dating since 2011. A source told the magazine “It wasn’t anything dramatic and they were on good terms – it just came to a natural end. They will remain friends and they see each other, but they are not together. It was very amiable.”

TMZ sources however, state that J Lo was the one to end the relationship with Smart. Is the singer attempting to reconcile with ex Marc Anthony? The couple have 8-year-old twins, Max and Emme, together and have a long history of dating even before their marriage.

Marc Anthony co-parents both children with Lopez; spending all that time together as a family may have reignited old feelings between the two. The couple has also spent time with each other’s significant others. Both Casper Smart and Marc Anthony (along with Marc’s girlfriend Shannon de Lima) recently attended Jennifer Lopez’s Caesar Palace show in Las Vegas. The foursome even posed for a picture together.

J Lo continued the ex love fest by giving Marc Anthony a sweet shout-out during her performance. While it’s clear that Jennifer Lopez has nothing but love for ex Marc Anthony, she may have a different kind of love in mind, leading to her dumping Casper Smart.

If Marc Anthony isn’t to blame for the sudden split, another possible reason for the breakup might be that Casper Smart has returned to his rumored cheating ways. Back in 2014, it was rumored that the couple split after two transgendered models claimed to have sexting relationships with Smart while he was with Lopez.

Casper Smart’s father then gave an interview to New York Daily News defending his son and denying the allegations of infidelity. If Smart has began sexting models again, it’s doubtful that Jenny from the Block would put up with it a second time around and could explain why she abruptly showed him the door.

What do you think about Jennifer Lopez’s split with Casper Smart? Is she hoping to reignite her former romance with Marc Anthony? Or did Casper Smart resume his shady sexting habit? Will J Lo date another choreographer or dancer next, or will she pick an A-list celebrity? Any hopes of a Bennifer reunion? Sound off below!