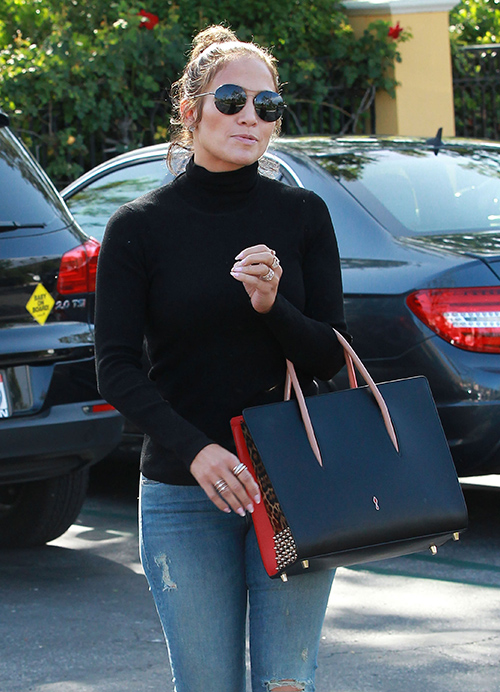 Are Jennifer Lopez and Casper Smart finally getting married? J-Lo has been dating her much younger boyfriend off and on for years now – the couple have been engaged more than once, in between their break-ups and cheating scandals. But, according to a new report, American Idol judge Jennifer Lopez is finally ready to say “I Do” (again), and she and Casper Smart are planning a Summer wedding in the Hamptons!

According to Life & Style Magazine’s latest edition, Casper Smart proposed in April. A thrilled Jennifer Lopez said “Yes!” and they are already planning a Summer wedding. The on-again couple is apparently wasting no time with the wedding preparations, of course Casper is probably trying to rush J-Lo down the aisle before she has another change of heart, this isn’t the first time that Casper has supposedly proposed to Jennifer Lopez.

Life & Style Magazine’s inside sources revealed, “They’ve settled on a secret late-summer wedding at Jennifer’s home in [the] Hamptons. It will be intimate, but there’ll be no shortage of glamour.” The source went on to dish that they are hoping to keep the guest list for their special day below 150 people. Of course, even though the guest list is small, it will still be packed with famous faces like Jen’s fellow American Idol judges Harry Connick Jr. and Keith Urban, plus host and long time pal Ryan Seacrest.

Sadly, the Hamptons wedding is still a few months away – and a lot could happen in a “few months” when it comes to Jennifer Lopez and Casper Smart. Seriously, this couple has broken up and made up more times than we can physically count on both hands. What do you guys think? Will the American Idol judge and her boyfriend finally say “I Do” and get married? Share your thoughts in the comments below!