Jennifer Lopez Seeks In Vitro Therapies To Get Pregnant With Casper Smart’s Baby! 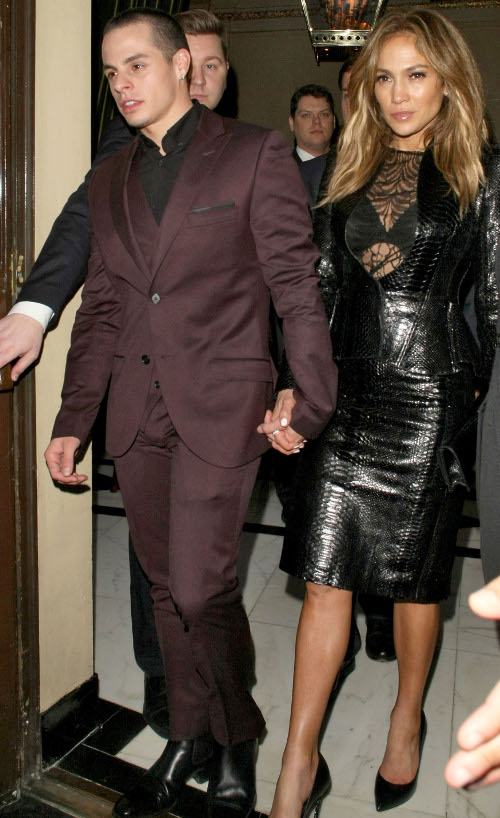 Jennifer Lopez is still dating Casper Smart. I have absolutely no idea how they’re still together, but according to a report from Star Magazine, Jennifer is desperate to get pregnant with Casper’s baby and is thinking of in-vitro fertilization as an option.

The source explains to Star that Jennifer, “turned to in vitro fertilization in hopes of getting pregnant with Casper’s baby. She’s scared that time isn’t on her side with regards to her age. But she’s hoping that with fertility treatments she’ll be pregnant in the next couple of months.”

The source adds that Jennifer and Casper, “agreed to keep the fertility treatments a secret to protect Jen’s ego. She’s paranoid about people knowing about her pregnancy hardships, because it makes her feel old.”

If she wants to have a child so badly, why doesn’t she just adopt, like Charlize Theron or Sandra Bullock? Alright, maybe she really wants to be pregnant and give birth. But with Casper Smart? Really?

If she goes through with this, she will probably regret it a few years down the line. Jennifer Lopez dating Casper Smart is bad enough, but at least there won’t really be any long-term consequences of that except for a few wasted years. If she actually has a child with him, there will be proof for the rest of her life that she dated him, and when [note that I said when, not if] she breaks up with him, she’ll be wishing that she just waited – or at least, decided on a sperm donor.

What do you guys think? Is it possible that Jennifer is planning on using in-vitro to get pregnant with Casper Smart’s baby? If she is, do you think she’s making a mistake or she should have a kid with Casper? Let us know what you think in the comments.