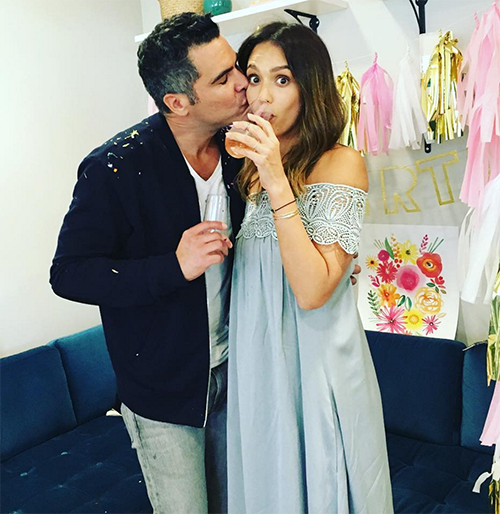 Will Jessica Alba and Cash Warren be the next Hollywood couple to file for divorce? Jessica Alba has been having some serious problems with her pet project The Honest Company – which turns out to not be very honest about the ingredients in their products. And, according to a new report, Jessica’s legal woes have cast a major shadow on her marriage to Cash Warren.

Jessica Alba and Cash Warren were married in 2008. The couple share two adorable children together – and they vowed to stick by each other’s sides “for better or worse.” But, the worse has arrived, and it looks like those tried and true wedding vows are much easier said than done.

Jessica Alba’s Honest Company is in serious trouble, in dire need of finances, and she is facing multiple lawsuits. Apparently, people don’t take too kindly to finding out the all natural organic formula they have been feeding their babies actually contains some very un-organic chemicals.

The National Enquirer is reporting that Jessica’s business woes have caused quite a damper on her marriage. As you would expect, Alba is frazzled and stressed out, and according to the tabloid’s insiders, “She takes her anger out on Cash.” The source goes on to say that Jessica has been neglecting her husband Cash and trying to focus on “saving her crumbling empire.” Warren is desperate for a third baby – and Jessica is not giving him the time of day right now, let alone worrying about baby-making.

It’s not unusual for any business woman’s husband to feel neglected when her career or company is taking up all of her time. But, you would think that Cash would be a little more supportive seeing as how they are married – so this isn’t just Jessica’s problem…the sinking Honest Company ship is his problem too.

What do you guys think? Will Jessica and Cash be the next celebrity couple to file for divorce in 2016? Or will they be able to get through this mess? Let us know what you think in the comments below!