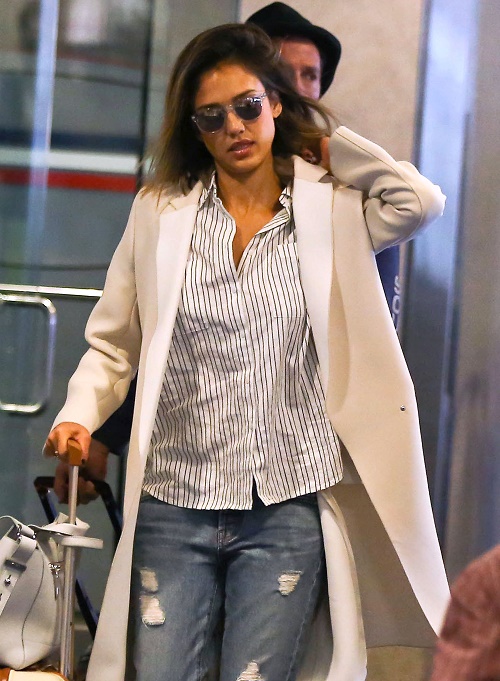 Jessica Alba is a mean girl! Despite the actress’s sweet face and warm demeanor, she reportedly rules her staff and employees at The Honest Company with an iron fist. A new report reveals that Jessica Alba has her employees walking on egg-shells, and she has even been known to make them cry! Who would have thought that the bubbly celebrity was such an ice-queen when the cameras aren’t rolling?

The May 18 edition of OK! Magazine reveals, “While Jessica feels that her aggressive mean-girl style helps her get things done quickly and effectively, it has apparently become intolerable for her staff.” One of Jessica’s disgruntled employees complained to OK! Magazine, “If you have to yell at people it is because you don’t know how to communicate. And she basically thinks that she is more important than anyone else.”

Another unhappy staff member added, “Her company is like one of her children and a lot of jobs are on the line, so she works hard to do what she thinks is right. But a please or thank-you every once in a while wouldn’t hurt.”
Of all the women in Hollywood, Jessica Alba isn’t generally one of the ones we could see being a “mean-girl.” But we really have no pity for employees of celebrities – they know what they are getting into when they sign up. Jessica Alba obviously thinks she is “more important” than her employees – she is a millionaire, actress, and business owner. She doesn’t hire staff members to become her BFFs, she hires them to work for her.

Are you shocked that Jessica Alba is a horrible boss? Or do you think that her employees and staff-members are being overly sensitive? Don’t they know what they are getting into when they apply for the position? Let us know what you think in the comments below!