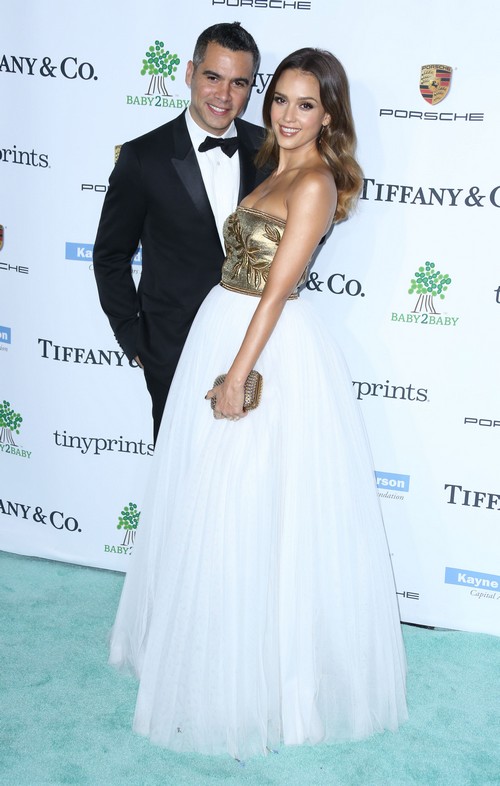 Jessica Alba and Cash Warren are headed for divorce or at least they should be according to a reliable source who has been close to the situation for years. Every once in a while, the tabloids get a big story right. It’s like swinging darts at the target for a while – eventually, one’s bound to find the right spot, even if by accident. And this particular time, In Touch Weekly is bang on target when it reported on a huge Jessica Alba and Cash Warren fight last week.

According to the report, Jessica Alba and Cash Warren got into a heated argument at Kate Hudson’s Halloween party. There have been rumors of trouble in paradise for a few months now, but this is the first time that we’re getting concrete evidence of it. A source tells In Touch, “Everyone knows that they’ve been arguing behind closed doors. Jessica stood in the middle of Kate’s house telling off Cash because he’d had too much to drink. She yelled, ‘Cash, get it together, you are out of control. You are completely embarrassing me!’”

Normally, we’d dismiss a story like this, but we have received infallible confirmation from an airtight source (a famous Hollywood bodyguard) that this fight actually happened. Plus, there would have been enough people at that party that anyone could have overheard the fight and leaked it to In Touch. The bodyguard also told CDL that in the past he has been called to remove Cash from Jessica’s home for unruly behavior.

Basically, Jessica Alba and Cash Warren look to be headed for a divorce and the rumors of their fights and marriage trouble are true. So much for the perfect couple and the perfect family huh? Even Jessica Alba can only pretend for so long before the truth comes out, whether in a publicist-approved message in People Magazine or listed as a featured story on In Touch Weekly.