John Stamos Begging For Will Mary-Kate and Ashley Olsen: Will Twins Give In To Fuller House Pressure? 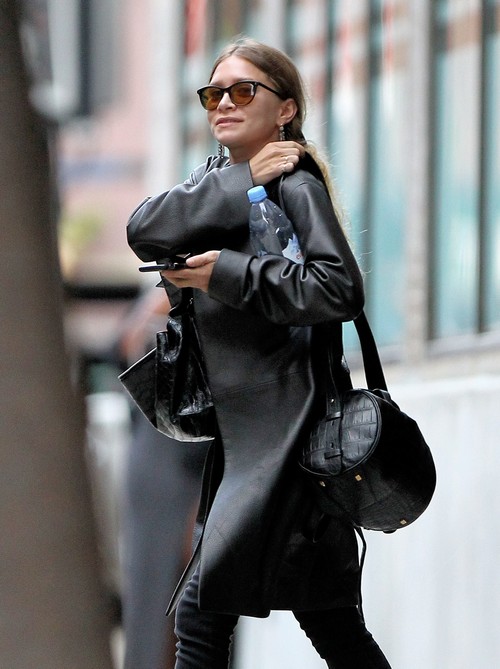 Will Mary-Kate and Ashley Olsen give in to Fuller House pressure as John Stamos threatens begging for their return? Speaking with the Today Show’s Matt Lauer on March 3, Stamos admitted that he wanted the Olsen twins from season one of Fuller House, the Netflix reboot of Full House. Stamos said to Matt, he had “…a good feeling about it…”, that the twins would agree to the reprisal of the role of Michelle Tanner in the series.

Stamos went as far as to say, “I was going to see Ash last night and beg her to be on the show”. Disbelievingly, Matt Lauer scoffed in response. Then again, one wonders, is John Stamos really that desperate? Then again, his character Uncle Jesse Katsopolis had always been one for making a statement.

Full House ran from 1987 – 1995, when the twins were nine months old. The Netflix reboot Fuller House comes some twenty years since Full House aired its final episode, and the series one received such positive reviews that Netflix has approved season two.

It must be understood that Stamos’ insistence on the return of the Olsen twins is based not only on his reoccurring character role as Uncle Jesse Katsopolis. It is also strongly hinged on his vested interest in the continued success of the show -since he has landed the envious position one of the producers.

People Magazine reported in February 24 that despite numerous appeals to the Olsen twins for their inclusion in the Full House spin off, the twins insist that the timing has just been bad for them. Mary-Kate Olsen insists that their fashion brands are their sole focus and the demands of a TV production would cause a negative effect on their business.

Added to that, Ashley Olsen in particular has a reluctance to even return to show business as she has not been in front of the camera since she was 17-years-old.

So John Stamos makes the reluctant admission that the twins have indeed forged a new path in life away from acting. People Magazine further reiterates that consideration must also be given to the distance between the Los Angeles Fuller House base and the fashion mecca Mary-Kate and Ashley manage in New York City.

Plus on the matter of practicality – while the majority of the cast was able to reminisce on Full House, Ashley Olsen and her sister Mary-Kate Olsen would have been young when the show ended. As a result, their emotional connection may not be as strong.

In a smart move, the show’s writers still managed to bring the twins into the plot and memory of their audiences from season one of Fuller House. E! News reports that in season one’s first episode, when the Full House character Michelle Tanner was mentioned, her absence was penned as her being away in New York City managing her “fashion empire”.

Nonetheless, seeing the confidence of Fuller House producers such as John Stamos, audiences will have constant fuel to their hope that the entire Full House cast will return in episodes of Fuller House season 2. Of course – including Mary-Kate Olsen or Ashley Olsen.