John Stamos Spotted With Much Younger Woman: Date or Daughter? 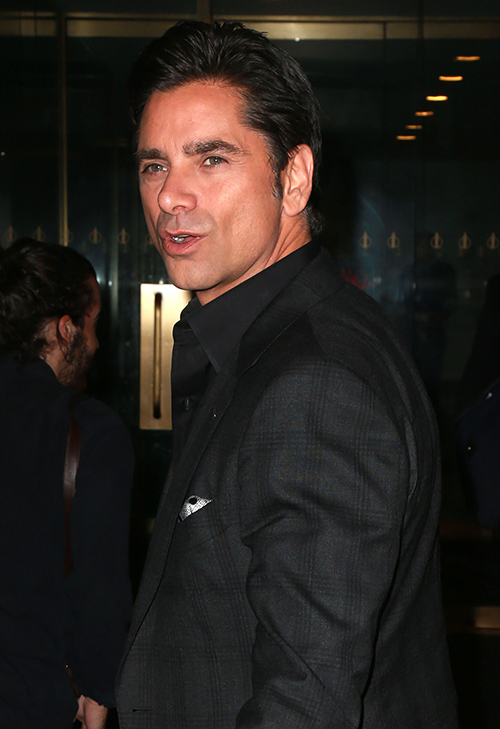 John Stamos was spotted out in Los Angeles with a mystery woman on Sunday, December 20. The obvious age difference between 52-year-old Stamos and his much younger companion has people wondering if he was on a date or with a long lost daughter.

Fans of Stamos have always wished the actor would have hooked up with his eventual Full House wife Lori Laughlin. John even admitted in a recent interview with HuffPost Live that Loughlin may have been the one who got away. That was only after letting Lori’s husband Mossimo Giannulli know that he wasn’t trying to take his wife. That’s a lot of pressure on a marriage, knowing Stamos considers your wife to be “the one that got away.”

It looks like the Fuller House star is busy with a much younger woman anyway. Based on body language, it looks like John Stamos is real familiar with his female companion but they definitely kept a safe distance. There was no body contact when John and his mystery date came out of an LA boutique together.

Both were dressed for cooler weather with John sporting a newsboy cap and black blazer. His date wore a grey puffy coat with a matching grey pom-pommed hat. This was obviously a casual date.

John Stamos‘s new fling looks young enough to be his own daughter and she kind of resembled Lori Loughlin too. Stamos admitted to Us Weekly back in September that he really wants to settle down and have a family. “My ovaries are rattling. Do men have ovaries?” he said jokingly. “They’re jingling. I can hear them jingling now.”

Is John Stamos’s mystery woman the answer to his childless life? Stamos always wanted to have a family. After his divorce from Rebecca Romijn, stories circulated about how Stamos wanted to settle down and have kids but Romijn wasn’t ready yet.

Stamos has been on a longtime quest to become a father and at 52-years old, we can see why he might trying to settle down with someone half his age. John’s biological clock is ticking and he’s talked often about wanting his own kids. Is this the woman Stamos is courting in hopes of finally becoming a father?