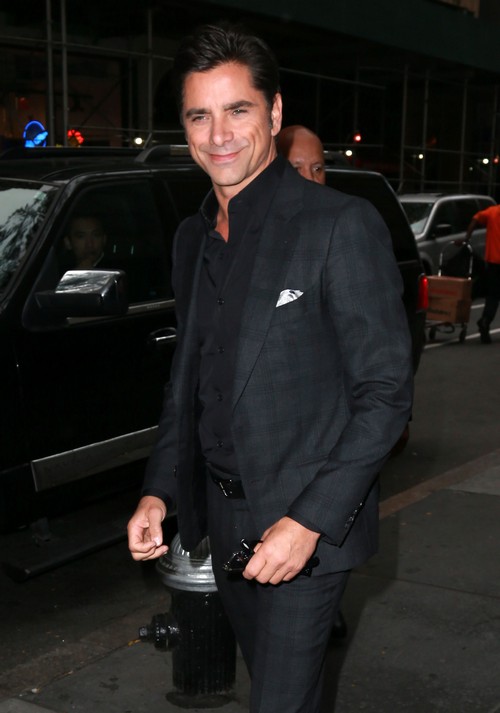 John Stamos wasn’t driving drunk, he was just working on his fitness. According to a new report the “Full House” actor (who is now starring in “Grandfathered”) is being charged with driving under the influence of GHB after his June arrest.

Earlier this summer Stamos was picked up by Beverly Hills police for driving erratically, and he was believed to be under the influence of drugs. GHB is actually considered a date rape drug, but nobody was trying to date rape John Stamos – he took it himself!

According to TMZ’s report, Stamos was allegedly taking GHB as a fitness supplement. The website explains, “Our Stamos sources say the actor was taking the drug to “lean out body mass” as he prepared for his new TV show. The drug is used by bodybuilders for lean muscle, and for a level of sleep which helps muscles recover. We’re told the criminal case will be filed soon and the charging documents will outline the drugs.”

Stamos checked himself in to rehab over the summer, immediately following his June 2015 arrest – and he completed a 30 day treatment program. So, that will most likely help his case when he has to go in front of the judge. TMZ is reporting that GHB wasn’t the only drug in Stamos’ system though – and it is unknown what else the actor was using, and whether it was for recreational purposes, or part of his “fitness regimen.”

Since Stamos’ arrest, he seems to be on the up and up – as long as you don’t count the whole cursing out the Olsen Twins and cyberstalking them thing. Do you think that John Stamos was really just trying to get “leaner muscles?” Let us know what you think in the comments below!