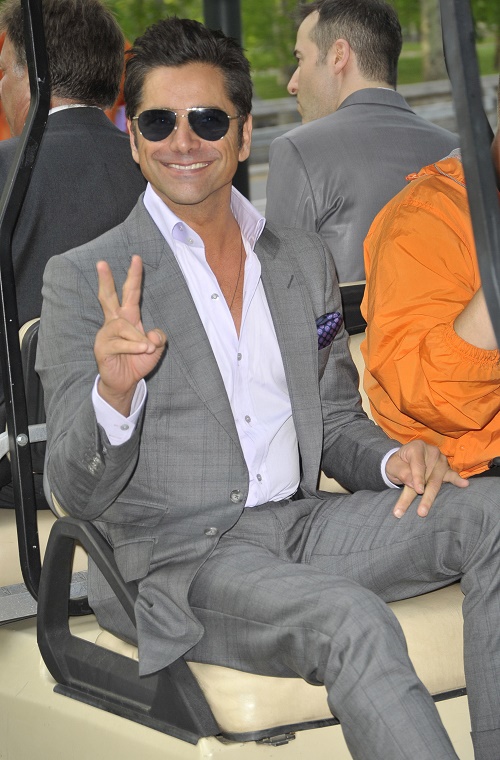 John Stamos may be preparing for the new Netflix reboot of a Full House (titled Fuller House), but according to TMZ, Stamos just got busted for a DUI! John Stamos was booked and arrested on the evening of Friday, June 12 in Beverly Hills for the incident. We sure hope that Uncle Jessie is going to be a better influence in Fuller House than his real life counterpart, Stamos.

But it gets worse. TMZ goes into report that John Stamos was so out of it that after he was booked for a DUI, the police behind the arrest sent him straight to the hospital. Seriously…how sloppy can we get?

According to the report, Beverly Hills police responded to a call close to 7:45pm which stated that the driver of a silver Mercedes was driving erratically on the road and causing a danger to the other drivers. When the law enforcement stopped the car it was none other than John Stamos, and sources revealed that the police at the scene believed that Stamos needed immediate medical attention.

John Stamos was in the car by himself, and after he was hand cuffed he waited for the paramedics to arrive to the scene. After this, he was immediately transported to the hospital for care.

The police followed the ambulance to the hospital and cited John Stamos for a misdemeanor DUI while he was being treated. Okay, but if he was so sloppy that he needed to be transported to the hospital immediately after his arrest, how is that just a misdemeanor? Stamos was putting others’ lives in danger, and it seems like the police just let it go because he needed medical attention.

After everything calmed down Stamos tweeted out to his followers and said, “Thanks to everyone for their love & support. I’m home and well. Very appreciative of the BHPD & Cedars for their care.”

We really hope that John Stamos can clean his act up and get himself together before they ready to work on Fuller House which is scheduled to come to Netflix in 2016.

What do you think of this entire situation? Let us know in the comments below.