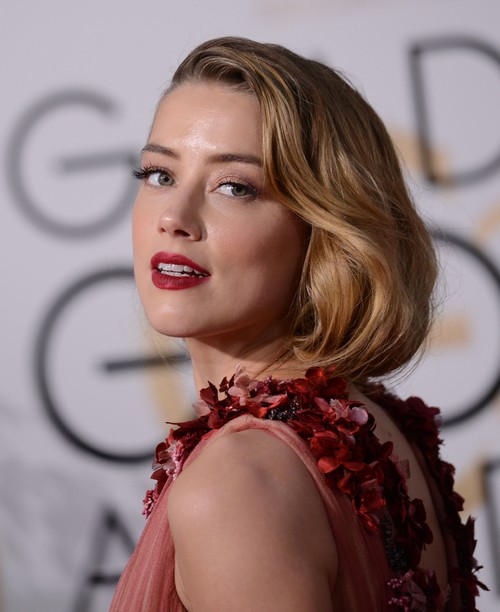 Are Johnny Depp and allegedly pregnant Amber Heard about to let the world know there’s a baby on the way? Has the secret already been exposed as friends notice Johnny Depp may have quit smoking and Amber has stopped drinking?

Amber and Johnny may have inadvertently dropped a few clues that have people speculating. Expectant parents like to keep pregnancy news private until mom is past the first trimester. And the couple is still newlyweds – Johnny and Amber were married February 3, 2015 in an uber-exclusive ceremony.

As you can see, Depp and Heard are very guarded when it comes to their private lives. Maybe Johnny and Amber will make the baby announcement as they celebrate one year of wedded bliss?

What hints have friends noticed that lead them to believe Amber is pregnant? An observant attendee at the Art of Elysium Heaven noticed Heard didn’t enjoy a glass of champagne along with friends at the soiree. The informant told OK! not only wasn’t Amber Heard drinking – Johnny Depp wasn’t smoking, and everyone knows how much Depp enjoys cigarettes – of course nobody has suggested that Johnny has quit drinking!

Purportedly Johnny isn’t much for PDA but that night the actor was almost overly attentive towards his 29-year-old wife. An insider divulged that Johnny was “clutching [Amber’s] shoulders and putting his arm around [Amber] the entire time.” The source explained that he – or she – had never seen Depp quite so attentive.

The guessing continued the night of the Golden Globes. A bystander divulged that Amber “had her hands over her stomach” while walking the red carpet. Was Amber unconsciously brushing her hands over her tummy when no one was looking? Well, at least one person noticed!

Amber Heard has gone on record talking about being stepmom to Johnny Depp’s teenagers Lily-Rose and Jack. The actress has described being a bonus mom as an honor and the best gift she has ever been given. Now it seems as if Amber is going to get a little gift of her own according to OK!