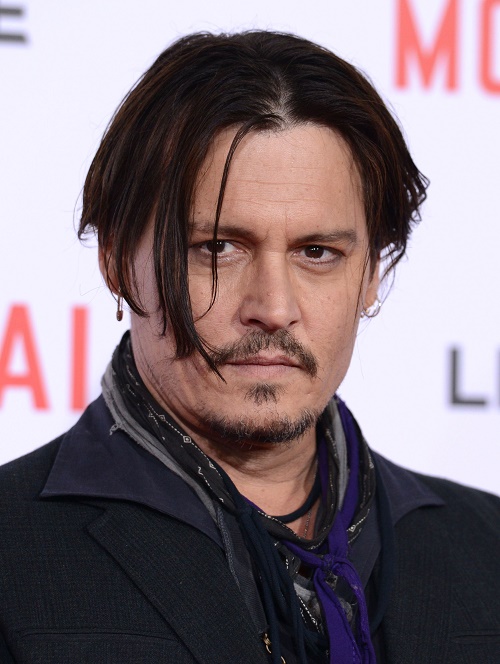 Johnny Depp’s boozing and fighting with his wife Amber Heard is slowly killing Pirates Of The Caribbean. Johnny Depp has been in Australia for what seems like forever filming the latest installment of the franchise, Pirates Of The Caribbean: Dead Men Tell No Tales. Of course his mysterious hand injury after a night of boozing, and his wife Amber Heard’s dog smuggling case have definitely slowed down production – and nearly brought it to a halt.

Pirates Of the Caribbean 5 has been pushed back so many times, we can hardly keep track of the film’s release date anymore. Originally, it was supposed to be released in the Summer of 2015, but seeing as how the Summer of 2015 is here – and they haven’t even finished filming the movie, that is not going to happen. As of right now, the International Movie Database has the premiere date slated for 2017, which seems ions away, but at this rate it will be a miracle if it is even done by then.

The production team in Australia is at their wit’s end – millions of dollars over budget and months behind schedule, they blame it all on Johnny Depp and his wife Amber Heard. Since Johnny arrived in Australia to begin filming, Amber and his drama has been causing issues on set, at one point Amber was reportedly even banned from visiting her husband at work.

An insider dished to Naughty Gossip, “Johnny has been on set as little as possible, only fulfilling his contract at the minimum level – and his mood has been completely affecting the whole operation of the production. Producers are worried that morale will be affected.” Morale is the least of their problems at this point. Pirates of The Caribbean is a complete money pit, and they are too far in that they can’t pull the plug because millions of dollars will be lost. Meanwhile, disgruntled diehard fans of the Pirates of the Caribbean blame Johnny’s new wife Amber Heard, and have taken to social media to rant that she is killing the movie.

Do you think that Pirates of the Caribbean 5 will ever see the light of day? Is it fair to blame Amber Heard for ruining the movie? Let us know what you think in the comments below!