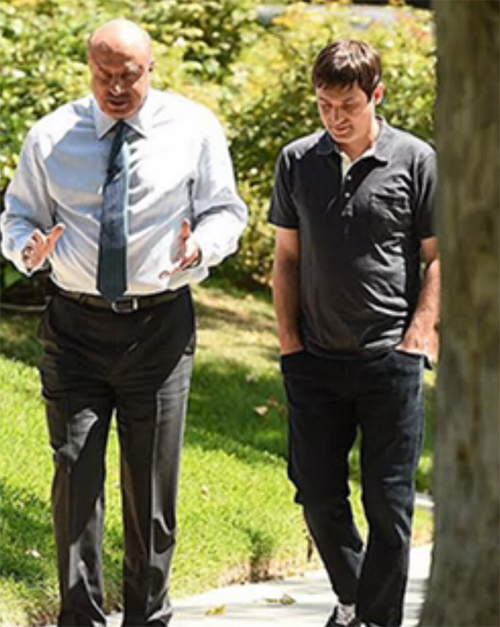 Dr. Phil has landed an exclusive tell-all interview with Burke Ramsey, brother of infamous murder victim JonBenet Ramsey. The tell-all will be a special three-part episode airing Monday, September 12, according to Yahoo News.

Twenty years after the six-year-old beauty pageant darling was brutally murdered, her brother Burke Ramsey is speaking out for the first time, divulging details and providing insight into the unsolved murder case that grew into a nationwide obsession. Rumors abound that Burke Ramsey might be exposing some dark family secrets as well as new details about his sister’s death that may point to the real killer.

On Christmas Day, 1996, John and Patsy Ramsey called the police to report that JonBenet was missing. The next day, the police discovered the body of JonBenet Ramsey in the basement of the family’s home. John Ramsey, Patsy Ramsey, and Burke Ramsey were all home at the time of the murder, casting all three into a spotlight of public suspicion. Although Burke Ramsey was exonerated by DNA evidence in 1999, his parents were not officially removed from the suspect list until 2008. Mother Patsy Ramsey died of ovarian cancer in 2006.

Both Patsy and John Ramsey were crucified in the media and damned by the public as being the real killer. Drawing even more fire was the fact that Patsy Ramsey was a pageant mother, dressing JonBenet Ramsey in provocative clothing and heavy makeup while she competed in children’s beauty pageants.

Before “Toddlers & Tiaras” made pageant mothers semi-acceptable by the mainstream public, Patsy was often seen as sexualizing her daughter. The suspicious circumstances surrounding her death, such as the fact that the child’s body was found inside the family home a day after being reported missing and the paper on which the ransom note was written was taken from inside the Ramsey home, led to public certainty that John and Patsy were involved in the murder.

The timing of, and motivation behind, Burke Ramsey’s exclusive interview are also being questioned. Why has he waited so long to come forward? Is this interview an attempt to finally gain closure over his sister’s death? Perhaps now that he has had time to mourn the loss of his mother, he feels ready to expose skeletons in the family’s closet that he formerly kept hidden out of loyalty to her. Or is this interview a way to ease his guilt about his own involvement – could he have been mistakenly exonerated back in 1999 when DNA evidence was not as reliable as it is today?

The lingering suspicion about his parents’ involvement in his sister’s death undoubtedly plagued the then 9-year-old child for the remainder of his adolescence and adult life. Burke Ramsey may be suffering from mental illness, emotional distress, guilt, remorse, or even a macabre desire to be back in the spotlight once again.

Could Burke Ramsey be ready to make a confession? Does he have evidence that points to the real killer? Will he implicate his deceased mother in the terrible events of Christmas Day 1996? Why do you think he has decided to come forward? Tell us what you think below!