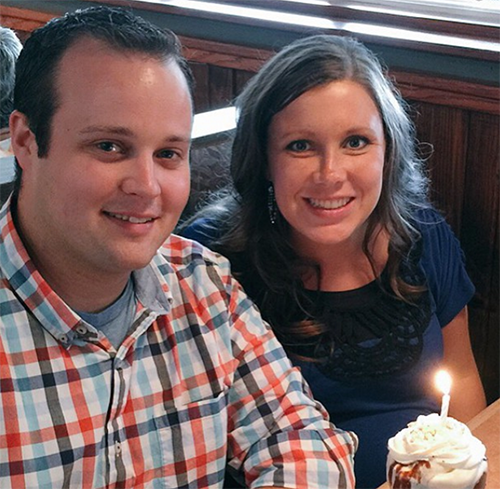 Are more of Josh Duggar’s secrets about to be exposed? A judge has ordered adult film star Danica Dillon to provide proof she had sex with the disgraced reality television star. Judge J. Kearney has ordered that the stripper-porn star, whose legal name is Ashley Stamm-Northup, must file a sworn certification regarding the events that took place. Radar Online has reported that the document must show “a substantial part of the events giving rise to this claim occurred in this District.”

What does all that legalese mean? Ashley has to prove that the rough sex Josh paid for actually took place in eastern Pennsylvania. That’s where Stamm-Northup claims the sexual encounters with Duggar took place.

The judge who issued this new order is the same one that denied Duggar’s motion to dismiss the case all together. After the judge ruled that the case would move forward Josh denied ever meeting Danica Dillon – let alone have sex with her. Now there’s doubt whether or not the encounters took place where Ashley says they did.

Ashley Stamm-Northup needs a trail of paperwork leading right to Josh Duggar – from the strip club where they met all the way to the hotel or motel where the alleged sexual assault took place.

Unless Josh stupidly used his credit card to pay for anything at the sleazy gentlemen’s club this could be very difficult to prove. Perhaps Duggar was captured on camera somewhere in the vicinity of the adult establishment or the motel/hotel room?

First, Josh’s attorney says Stamm-Northup doesn’t have enough proof that Duggar had rough sex with her. The judge rules Ashley does have enough proof. Then Josh denies ever meeting Ashley. This latest ruling states that the stripper known has to provide proof that she and Josh had sex in Judge J. Kearney’s jurisdiction!

It’s not that the judge doubts Josh Duggar had sex with Danica Dillon – or Ashley Stamm-Northup – he just wants to ensure that the case is within his jurisdiction. Make sense now? If Ashley can’t prove that the $800,000 sexual assault case may be dismissed all together. Lucky break for Josh, huh?