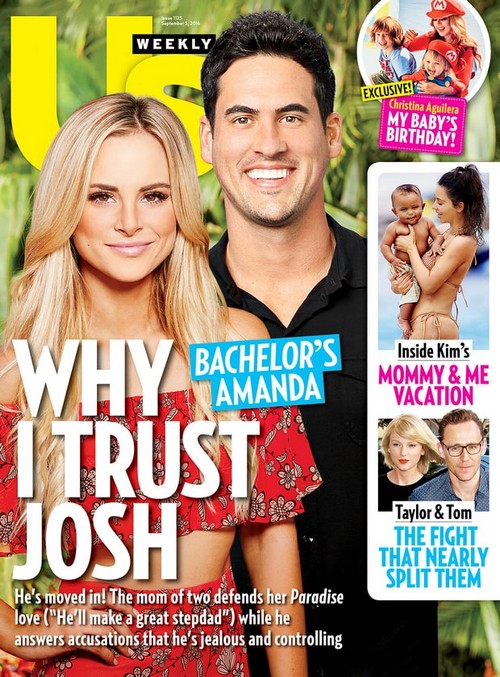 Josh Murray has found reality television love again. The ‘Bachelor in Paradise’ star confirms he’s moved in with girlfriend Amanda Stanton, despite the mistakes he’s made with his last Bachelorette girlfriend, Andi Dorfman.

Josh Murray and Amanda Stanton confirm that they are still a couple and in fact, are living together as well. The reality television relocated from Atlanta, Georgia to Irvine, California to live with Amanda Stanton and her two daughters, Kinsley, 4, and Charlie, 2.

Josh Murray told Us Weekly, “Things are going amazing. I 100 percent believe that Amanda is somebody I could spend the rest of my life with,” while Amanda Stanton added, “He’s so dedicated and so loyal. He’s sweet and thoughtful and caring – it’s not just something he turns on for the cameras.”

Of course, the last time Josh Murray told the world he was in love was with his ex-fiance Andi Dorfman. Josh Murray and Andi Dorfman were engaged during the 2014 Bachelorette season finale and lived together for six months before breaking off their engagement in early 2015.

Just like with Amanda Stanton, Josh Murray told the media in countless interviews that he was in love with Andi Dorfman and was eager to start a family with the brunette beauty. Yet, after Josh Murray and Andi Dorfman’s break up, the Bachelorette went on the record to allege that her fiancé was verbally abuse to her in their mostly toxic relationship.

Andi Dorfman claimed that Josh Murray called her a “whore” and “bitch” among other things, which Josh Murray has vehemently denied. The big question is did Amanda sleep with Nick Viall like Andi Dorfman did?

Whether or not Josh Murray’s anger issues are real remains to be seen, but considering Amanda Stanton has two young daughters at home, the reality television star will definitely have to be willing to step in a new role as a stepfather for her children.

Sure, Josh Murray and Amanda Stanton’s engagement has not been announced yet, but with him moving into her home, he’s clearly now going to be a part of her family. And if Andi Dorfman’s abuse claims are indeed true, then Amanda Stanton might have to keep that in mind for the future, especially since Josh Murray is going to have such an influential role in her daughter’s lives as their mother’s new boyfriend.

Tell us CDL readers, do you think Josh Murray and Amanda Stanton are making the right choice by moving in together? Do you believe Andi Dorfman’s abuse claims? Drop us a line in our comments section below and come back to CDL for all your Bachelor in Paradise news and reviews.