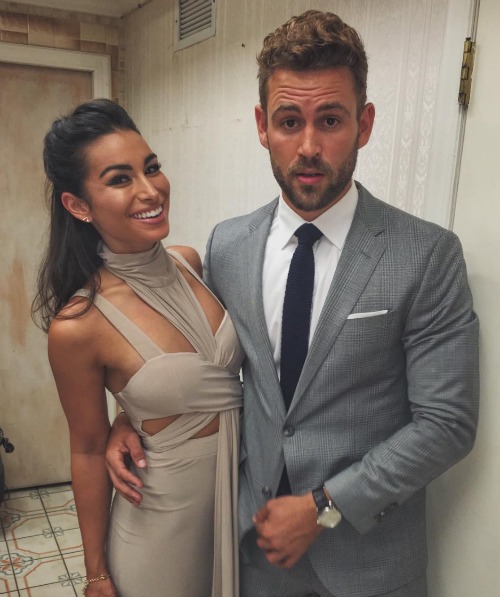 The reality show feud is heating up as Nick Viall throws some serious shade at his Bachelor in Paradise 2016 co-star Josh Murray.  Nick Viall is now responding to tweets sent by Josh Murray in an interview with Us Weekly, referring to them as part of Josh Murray’s overall “snakiness.”

Nick Viall and Josh Murray have been battling it out ever since season 10 of The Bachelorette when the two were both angling for the affections of Andi Dorfman.  In a clear case of déjà vu, Viall and Murray are now competing for Amanda Stanton’s love and the proverbial gloves are definitely off.

When the August 8 episode of Bachelor in Paradise 2016 aired, Josh Murray sounded off on Twitter about rival Nick Viall’s motives and claiming that the exchange between the two was unfairly edited in a way that cast him in a bad light: “Bahahahaha that whole Nick vs me talk when I returned from my date [with Amanda Stanton] was cut up so much, cracks me up — if y’all only knew what was said.”

Nick Viall is now responding to Josh Murray’s tweets, telling Us Weekly “[Josh] seems to be taking the approach with saying things about editing and stuff like that, which is funny because I’ve been in the position in the past where I haven’t been painted as favorable as some of my other peers. I’ve been called a villain and things like that, but I never put the blame on editing.”

He goes on to say “I’ve made my mistakes on my time on the show, and I think we should be held accountable for the things we say and do in life and on the show.”

Viall momentarily forgot his feud with Murray when he took the high road regarding Murray and Amanda Stanton’s relationship, saying “Amanda’s great. I still think Amanda’s great, I still think she has the best intentions, and I always continued to root for Amanda and her journey to love.”

While editing does undeniably play a role in how reality show cast members are portrayed, it is not an automatic out for all bad behavior.  It seems Nick Viall has learned that lesson already and only time will tell whether Josh Murray will have the same epiphany.

Sound off in the comments below—do you think Josh Murray was a victim of editing?  Do you think Murray and Amanda Stanton have what it takes for a lasting relationship?  Or is she better off with Nick Viall? Come back to CDL for all your Bachelor in Paradise news, recaps and spoilers!