Julianne Hough Replaced by Len Goodman, Leaves Dancing With The Stars: Fired or Asked to Resign? 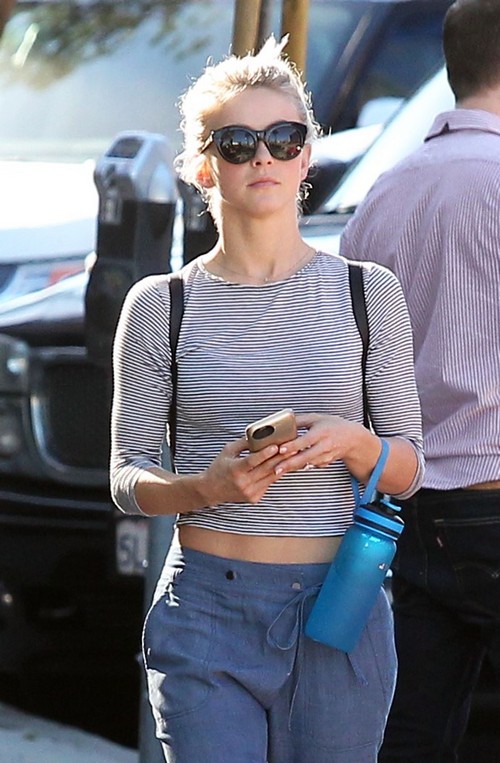 Dancing With The Stars spoilers are confirming that judge Julianne Hough is OUT, replaced by Len Goodman, at the ABC dancing competition and Derek Hough’s sister will not be appearing on the DWTS judge’s panel in Season 22. Carrie Ann Inaba and Bruno Tolioni won’t be on their own though, DWTS fan fave Len Goodman is returning to the judge’s panel and will be filling Julianne’s vacated seat.

Julianne Hough confirmed the news of her departure to People Magazine, the former dancer turned judge implied that it was her decision to leave Dancing With The Stars – and that she was working on new projects.

Was Julianne Hough fired or did she leave her best job ever on her own? If Julianne was forced to resign fans would not be surprised as her performance as DWTS judge was considered awful according to buzz on the net.

Hough dished, “I will miss being on the panel for Season 22, but have a lot of exciting stuff coming that I look forward to sharing. The pro dancers, producers and crew at DWTS will always be my family.”

Len Goodman retired from DWTS two seasons ago – and was working on Britain’s version of the dance competition to be closer to his family. However, ratings were suffering and Julianne Hough’s lack of banter and chemistry with the other judges wasn’t doing the TV show any favors.

Dancing With the Stars rumors have been floating around for the past year that the producers were working hard to get Len Goodman back and making him some pretty impressive offers. Word on the internet was that if Len did agree to return, Julianne Hough was getting her walking papers, and it looks like that is exactly what happened.

So, what is the exciting stuff that Julianne Hough is supposedly working on right now? Well, she just starred in ‘Grease: Live!’ and supposedly casting directors are just beating down her door after her appearance. We will believe it when we see it.

We’re not being mean – just skeptical – this isn’t the first time Julianne Hough has left Dancing With The Stars to pursue a big movie career, and we all know what happened last time…nothing.

So DWTS fans, will you miss Julianne Hough on the judge’s panel? Or would you trade her for Len Goodman any day? Do you think she left on her own accord? Share your thoughts and theories in the comments below!