Dancing with the Stars Julianne Hough Outs Jonathan Bennett as Gay on TV: DWTS 19 Judge Should Be Fired? 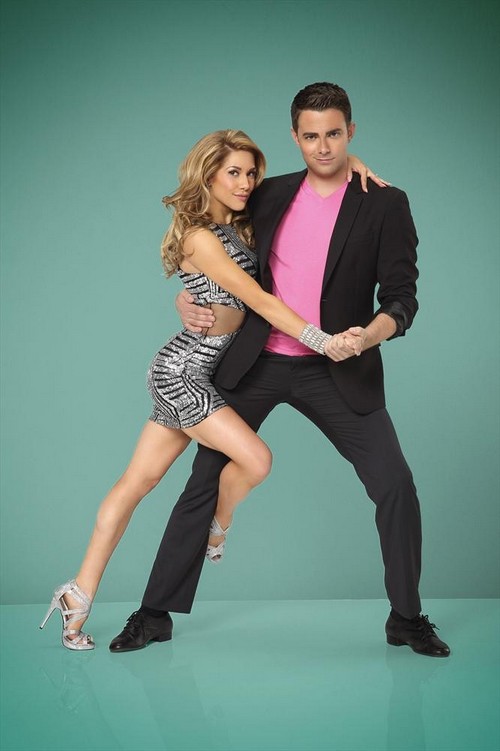 Julianne Hough just pulled a major dick move on TV, outing Dancing with the Stars Season 19 contestant Jonathan Bennett on Extra this week. The new DWTS judge spoke to Mario Lopez to promote the reality show’s new season, but she ended up ‘accidentally’ revealing Jonathan’s sexual orientation in a long anecdote she gave during the interview.

She explained that Jonathan once tweeted at her to tell her that she had a nice butt, so she tried to go on a date with him. Then, she added, “He’s gay— so I was like, ‘That’s not gonna work!’”

Poor guy. Bennett, who’s probably still best known for playing Lindsay Lohan‘s on-screen love interest in Mean Girls, has never publicly come out as gay. He was rumored to have dated his Kyle XY co-star Matt Dallas a few years ago, but again, no confirmation. He’s been going about, trying to mind his own business, and then Julianne comes and ruins the whole thing.

On the one hand, he did just join Dancing with the Stars season 19, and that’s almost part and parcel of joining any new reality show. You lose all semblance of anonymity or privacy, and your private life becomes tabloid fodder. But at the same time, it’s not like the tabloids leaked this. It was the DWTS JUDGE of the actual show, and what’s worse, she didn’t even feel bad about it. Maybe she thought that everyone knew, but honestly, it still comes off as a major dick move.

She’s a judge, no? First of all, she’s not supposed to play favorites, and also, her having a pre-existing relationship with one of the contestants seems like it’s going against the rules. But of course, Julianne Hough considers herself DWTS royalty, so she’ll continue doing whatever she wants without any consequences. And it’s contestants like this who’ll have to pay the price.