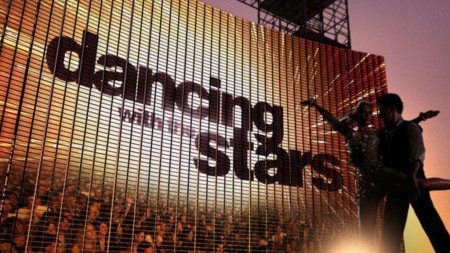 Dancing with the Stars is getting ready to roll out its season 19 carpet, and with the impending return of the hit dancing show comes rumors of the producers’ supposed wish list. While these names are in no way set in stone, they are allegedly some of the people that DWTS is looking to get under contract to compete on their popular show.  Supposedly, there will be a handful of pro athletes, which is usually the norm, as well as an Olympian eager to take home that mirror ball trophy.

The names that are allegedly on the producers’ wish list: Andi Dorfman, the most recent Bachelorette; ex-UFC fighter Randy Couture; Kacy Catanzaro, who was a contestant on American Ninja Warrior; Olympic track star Lolo Jones; and Antonio Sabato Jr.

DWTS sources also say that they’re looking to lure a very famous femal YouTube star who currently has a boatload of followers and a strong influence with the “younger” demographic. This would be a very smart move for the show, especially as they attempt to increase their appeal to the younger generation with each passing season. This show has been on the air for what seems like forever. There are moments when it feels as if it’s running out of steam, so hopefully this upcoming season won’t be a total drag and add some freshness to the scene.

What do you think about these rumored individuals competing on the show? Leave your thoughts in the comments section below — and don’t forget to keep checking CDL for all the latest and freshest DWTS spoilers and cast announcements!