Andi Dorfman and Winner Josh Murray To Compete On Dancing With The Stars – The Bachelorette 2014 DWTS Bound!

BY Roberto Roberto on June 26, 2014 | Comments: one comment
Related : Andi Dorfman, Dancing With the stars, Hot News, Spoiler, The Bachelorette 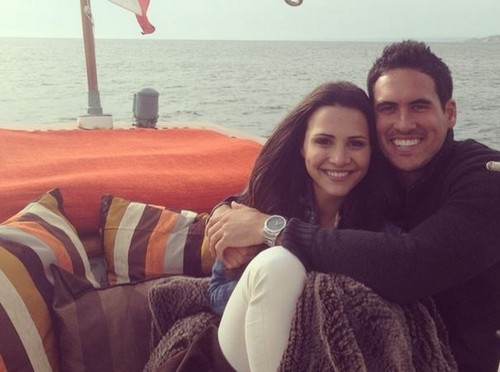 Season 10 of The Bachelorette is over halfway over, and on June 30th Andi Dorfman and her bachelors in waiting will head to Belgium where she will narrow her search four love down to her final four. Even though Andi technically hasn’t handed out the final rose yet on The Bachelorette 2014, spoilers have already emerged revealing that she and the rumored winner Josh Murray have already secured spots on the next season of ABC’s Dancing With The Stars.

It’s not unheard of for The Bachelorette or The Bachelor to appear on the next season of Dancing With The Stars. Bachelor alums Sean Lowe, Jake Pavelka, and Melissa Rycroft all appeared on the reality TV show after their stints on The Bachelor. Rumor has it that dancing enthusiast Juan Pablo agreed to be the next Bachelor because he thought it meant a guaranteed spot on the DWTS cast, however after his less than stellar performance as The Bachelorette, ABC wasn’t even considering hiring him for another reality show.

According to a Bachelorette spoiler revealed on Hollywood Life, Andi Dorfman and alleged winner and fiancé Josh Murray have already been asked to appear on Dancing With The Stars. Hollywood Life’s source teased, “And there has been talk that she is going to do it with her man. They will compete against each other along with the other stars.”

Although this rumor emerges towards the end of almost every season of The Bachelor and The Bachelorette, Andi’s recent actions prove there may be some truth to it. Andi took a leave of absence from her job as Assistant District Attorney, however last week it was revealed that she decided to officially resign from the position. The fact that she decided to extend her leave of absence indefinitely means she may be busy prepping for her stint on Dancing With The Stars.

What do you think Bachelorette fans, would you like to see Andi Dorfman on the next season of The Bachelorette? It has been noted on more than one occasion on the show that Andi is a horrible dancer, so if anything her stint on DWTS should prove entertaining. Or, do you think this is just another rumor and there is no truth to it? Let us know what you think in the comment section below, and don’t forget to check CDL for all of your Bachelorette spoilers and recaps.