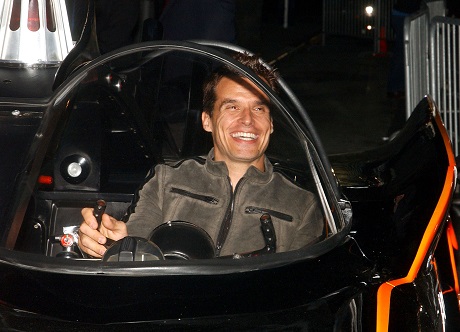 Season 19 of Dancing With The Stars is set to air on ABC on Monday, September 15th. DWTS spoilers and rumors are running rampant right now as everyone speculates which celebrities will be joining the cast for the upcoming season. According to E! Online, one celebrity that fans can expect to see on Dancing With The Stars is actor Antonio Sabato Jr. E! Online reports, “Are you ready to see even more of this hunk on your TV? Good, because Antonio Sabato Jr. is going to compete on Dancing With the Stars this season!”

Every season ABC tries to keep the contestants under wraps until their big announcement on Good Morning America, which is scheduled for Thursday, September 4th. Although the network will not confirm or deny that Sabato is joining Season 19 of Dancing With The Stars, there is most likely some truth to this rumor. Antonio Sabato Jr. is well-known for his stint on General Hospital, which is also an ABC show. Before Sabato began acting he also appeared as a model in a Calvin Klein underwear campaign.

Aside from Antonio Sabato Jr., Dancing With The Stars cast rumors include a long list of celebrities. Since the season finale of The Bachelorette multiple sources are reporting that Andi Dorfman and her new fiancé Josh Murray will be appearing on Season 19 as well, it isn’t unusual for ABC to recycle their Bachelor and Bachelorette cast members. Some reports are also claiming that Kacy Catanzaro from the summer reality TV sensation American Ninja Warrior has also signed on. And, it seems like every year a member of the Real Housewives franchise is tapped, rumor has it Kandy Buruss will be appearing on DWTS.

Who would you like to see on this season of DWTS? Do you think Antonio Sabato Jr. will do well? Let us know what you think in the comments below and don’t forget to check CDL for all of your DWTS cast spoilers.