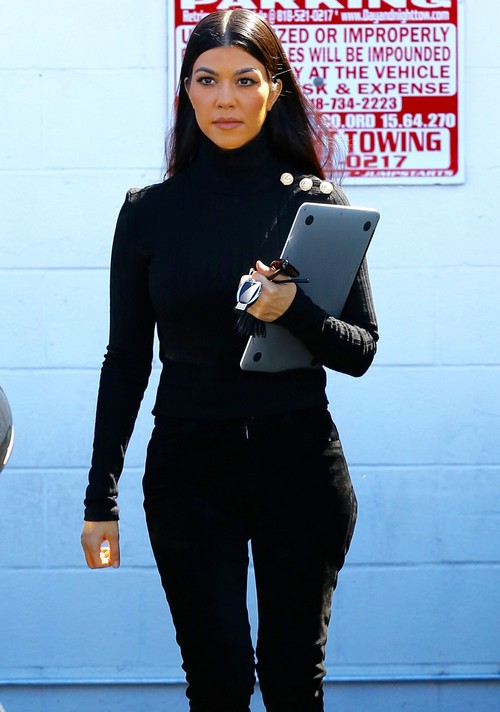 Justin Bieber and Kourtney Kardashian are dating again – or at least hooking up. Biebs and cougar Kourtney’s brief romance came and went before any of us were really able to wrap our heads around it. Then Justin began chasing after ex-girlfriend Selena Gomez again.

But, it looks like Selena’s recent romance with Charlie Puth has inspired Justin to rekindle his old flame with Kourtney Kardashian.

According to an all new report from In Touch Magazine, Kourtney and Biebs were spotted canoodling backstage of one of his recent concerts – and they were definitely acting like more than just friends. An insider dished to In Touch Magazine, “When Kourtney was ready to leave with her sister and Kanye, she and Justin shared a long embrace — he said he didn’t want her to go.”

Then the witness goes on to say that Kourt and Justin’s interaction got pretty hot and heavy. The Kardashian Cougar has no shame in her game. The insider revealed, “He started to kiss her neck and then a handler held up his jacket to cover them as they started making out. Justin was biting her lip.”

Ironically, Kourtney’s ex Scott Disick still seems to think that he and his baby-mama are getting back together. He is going to have to step it up though if he is competing against Justin Bieber. We still can’t decide who is the worser of two evils – Justin or Scott?

Just a few weeks ago, Justin was bound and determined to get back together with Selena Gomez. Then, Selena Gomez was linked to Charlie Puth. So, Biebs apparently threw in the towel and reconnected with Kourtney.

Is anyone else getting a sense of deja-vu? Seriously, how many time are Justin Bieber and SelGo going to almost get back together – and then drag random people in to their mess to make each other jealous. I think we can all agree … this is getting a bit old.