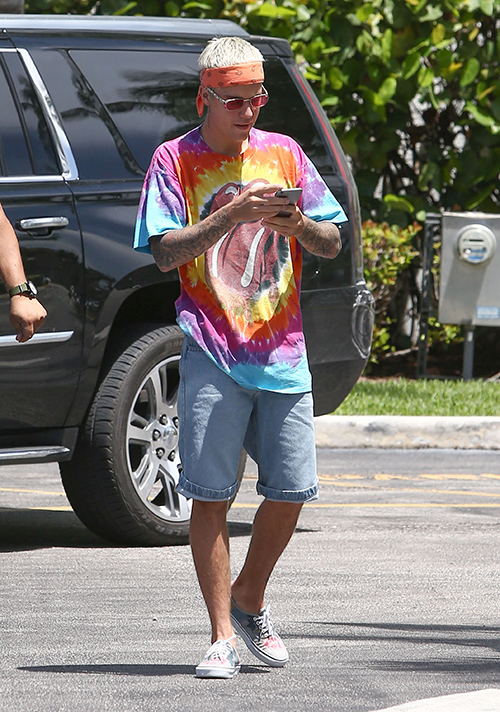 Are Justin Bieber and Nicola Peltz dating? While the couple hasn’t come out to publicly confirm their relationship, the two were spotted relaxing on a yacht in Miami to celebrate the 4th of July, which suggests they might’ve been preparing for some fireworks. Are sparks flying between these two? Before you read any further, please excuse the previous cheap holiday-themed sparkler puns.

Last month, the twosome was spotted dining at Mastro’s Steakhouse and, according to eyewitness, Justin behaved like a total gentleman. Is The Beebz trying to impress his new lady in an effort to woo her into a relationship? Apparently, she comes from a very nice family and has a good head on her shoulders, two things that greatly appeal to Justin. Around that same time, sources revealed that Justin had already asked Nicola out on a second date.

So, it looks like things are still going strong between these two. Who knows how many more dates they’ll go on before they make things official. They’d make a pretty cute couple and it’s about time Justin establish something more permanent. After all, he can’t long for Selena Gomez until the end of time.

Supposedly, Justin and Nicola have been spending a lot of time together while Beebz observes a little R&R from his Purpose World Tour. Do you think that Justin and Nicola are an official item, or are they just having some fun together?

Tell us what you think in the comments section below and keep checking CDL for all your updates regarding Justin Bieber’s romantic life.

“Singer Justin Bieber and girlfriend Nicola Peltz seen relaxing on a yacht on the 4th Of July in Miami, Florida on July 4, 2016. Justin and Nicola have been spending a lot of time together during his downtime from his Purpose World Tour. Justin’s next performance is on July 7th in Baltimore, Maryland”