Justin Bieber to Blame as Hailey Baldwin and Ireland Baldwin Battle For The Spotlight? 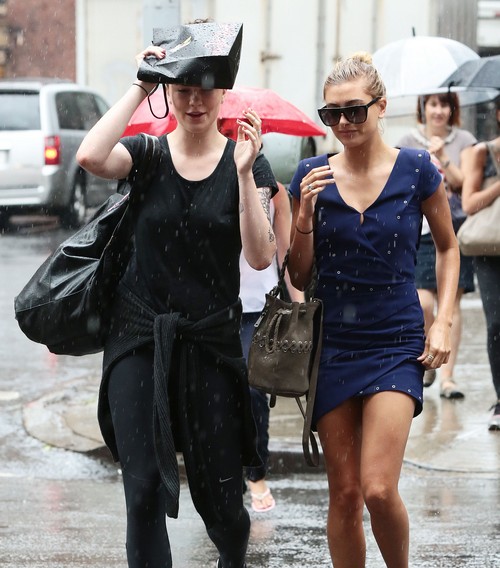 A friend told the magazine, “Ireland feels completely eclipsed and worries that Hailey will be a bigger celebrity and more successful model. It kills Ireland that Hailey’s love life is the talk of the town while neither her relationship nor her modeling career are getting any attention.”

Hailey Baldwin is certainly getting a lot more attention thanks to Justin Bieber. That just comes with the Beiber territory and it will be very hard for Ireland Baldwin to compete with that. Allegedly, Ireland is dating Tao Ruspoli, who used to be married to Olivia Wilde.

But that seems to be a moot point when it comes to a face off for fame with Justin Bieber. Ireland’s previous relationship was with a girl, Angel Haze. They ended things in April 2015 right before Ireland had checked into rehab.

If Ireland Baldwin wants to up her game and take over the fame and modeling department above and beyond her cousin, she’s going to have to start dating someone with a little more star power. If all she cares about is the spotlight being on her more than Hailey, she’s going to have to change up her love life, circle of friends, something of that nature.

What ever happened to blood being thicker than water? Shouldn’t these cousins be sticking together and working the cousin angle as a good thing rather than treating it like a scene out of Mean Girls?

What do you guys think? Will Hailey Baldwin and Ireland Baldwin be able to come out of this cat fight over popularity and fame with their friendship still intact? Or will this turn into the war that severs all ties (besides the whole related by blood part) and ends it for the competitive cousins?

Share your thoughts in the comments section below and be sure to check back here at CDL for all the latest news on your favorite celebrities!

Hailey and Ireland Baldwin by FameFlynet