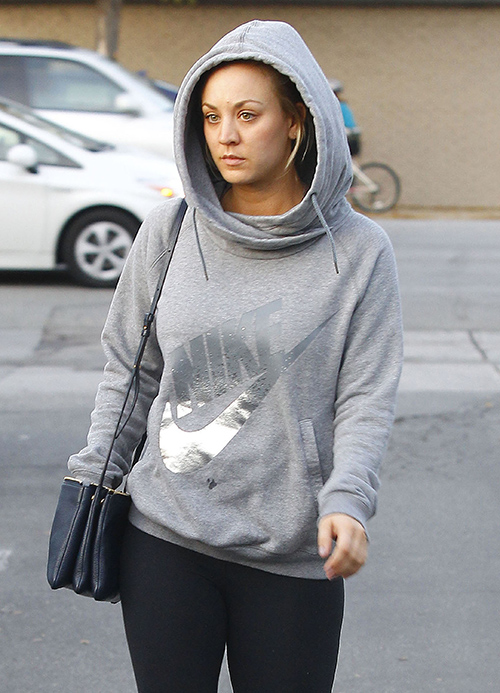 When Kaley Cuoco confirmed in 2015 that she and her husband Ryan Sweeting were splitting and getting a divorce, The Big Bang Theory fans were certain that it was only a matter of time before she began hooking up with her ex-boyfriend and co-star Johnny Galecki. It looks like they weren’t wrong!

According to a report in the latest edition of In Touch Magazine, Johnny Galecki and Kaley Cuoco are definitely hooking up. An insider dished to the tabloid, “She realized her love for Johnny after her divorce. They’re taking things slow because Kaley doesn’t want to ruin their friendship if things don’t work out again. Kaley and Johnny have no plans to go public until they are both ready.”

It’s no surprise that Kaley and Johnny are trying to rekindle their old flame – rumors that they were “getting close” again began popping up before Kaley and Ryan Sweeting even split. Some tabloids even went as far as to report that Kaley was cheating on Ryan with Johnny on the set of ‘The Big Bang Theory.’

Of course, both Kaley and Johnny are denying their relationship so far. Johnny even went as far as to post a picture of himself posing with another woman on Instagram, but if you follow Hollywood relationships, then you know it’s not unusual for celebs to try and throw fans off on social media. Seriously, how many times did Kaley insist that her marriage to Ryan was fine – when it clearly was everything but fine?

Kaley and Johnny are both pretty private when it comes to their personal lives, so they may never make a formal announcement about their relationship. But they aren’t fooling anyone! What do you think, TBBT fans? Are Kaley and Johnny an up and coming power couple? Or is it only a matter of time before their relationship rashes and burns again? Do you think she cheated on Ryan with Johnny? Let us know what you think in the comments below!

Kaley Cuoco is spotted leaving a hair salon in Studio City, California on January 14, 2016. Kaley kept her hair covered with a hoodie so she didn’t reveal her new do.

Kaley Cuoco doing some practice runs with her trainer at an equestrian course in Los Angeles, California on January 16, 2016. Rumors are swirling that Kaley has given her relationship another shot with Johnny Galecki.