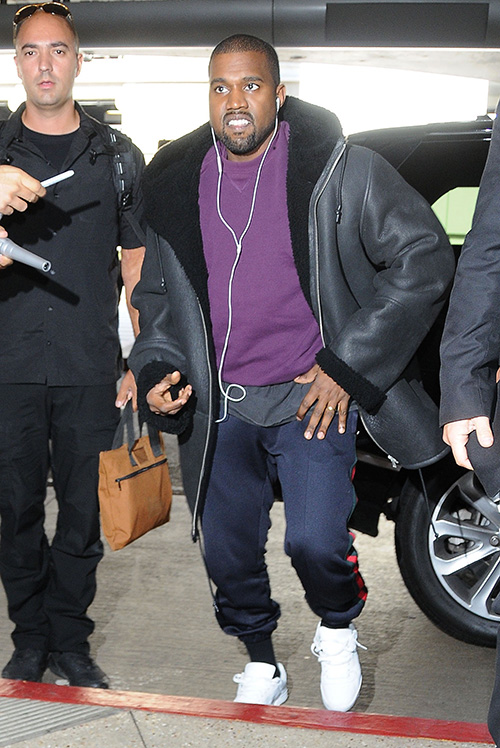 Kanye West has been hospitalized and reportedly placed on a 5150 hold after behaving erratically at his trainer’s house Monday. As we reported, his wife Kim Kardashian was supposed to make her first public appearance since her Paris robbery at Denise Rich’s Angel Ball to celebrate her late father Robert Kardashian for his humanitarian and philanthropic efforts toward cancer research, but she had to rush to her husband’s side instead.

This comes after a string of bizarre on-stage behavior and statements from the very controversial artist. We have made a timeline of everything we know so you don’t have to get your news anywhere else:

November 17 – Kanye reveals to concertgoers that although he didn’t vote, he would have voted for Donald Trump and that America is a racist country. This comes after Kim publicly voiced that she would be voting for Hillary Clinton. 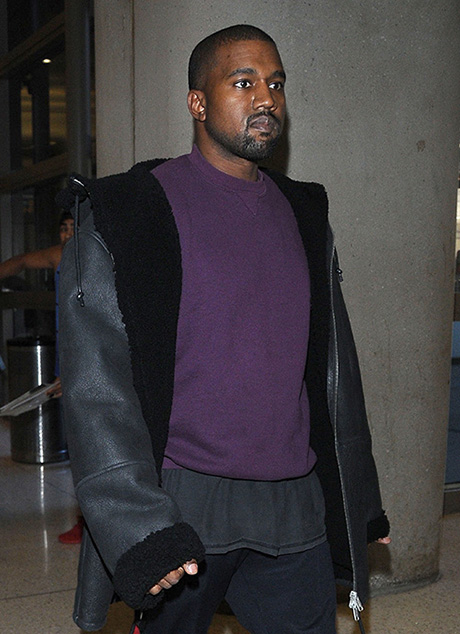 November 19 – Kanye shows up hours late, brings out Kid Cudi, who recently just left rehab for mental illness issues and feuded with Kanye a few months ago. Kanye was visibly upset while he hugged Kid Cudi. Performs 2 songs. Rants about Beyonce apparently telling MTV that she would not show up to the awards show unless she wins video of the year. Also rants about Jay Z still not calling him after Kim’s robbery but oddly asks Jay Z not to send killers after him. Abruptly ends show.

November 20 – Posts 99 inexplicable fashion photos to his previously dormant Instagram page in the span on an hour.

Afternoon of November 21 – Kanye west is rushed to UCLA Medical Center after being checked out by physician at his trainer’s house for sleep deprivation. Sources say he was acting erratically and resistant to go after dispatcher characterized situation as psychiatric emergency and that the physician was placing him on a 5150 hold. He was handcuffed to the stretcher while he was transported which is standard procedure for the nature of the call.

According to TMZ, his doctor said that Kanye wasn’t violent but may become violent after the arrival of the police and that he was suffering from temporary psychosis due to sleep deprivation and dehydration. In addition to that, apparently Kanye tried to assault a staff member at the gym. 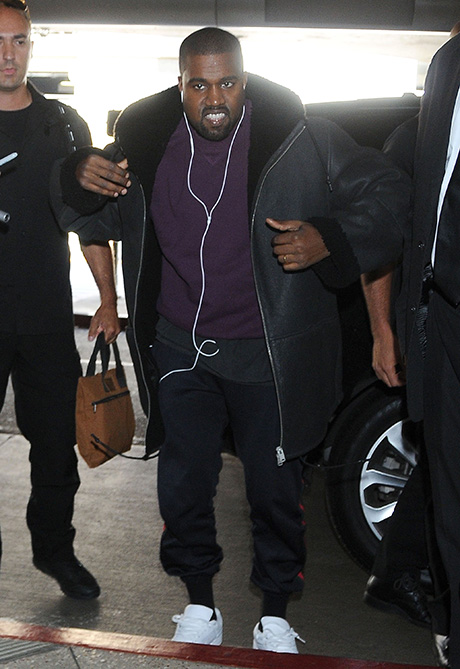 According to Entertainment Tonight, Kim Kardashian is terrified after Kanye West’s hospitalization. Kanye West hasn’t been the same since the tragic death of his mother and her death anniversary date was November 10th. If you add the grief on top of that, the near death experience his wife had, and public scrutiny…a mental breakdown wasn’t far from the horizon.

Luckily, Kanye got help in time and hopefully he will continue to seek the help he needs. If you are struggling with dark or suicidal thoughts, please seek help at the National Suicide Prevention Lifeline at 1-800-273-8255.

Let us know your thoughts in the comment section below.

Balenciaga. No make up today.