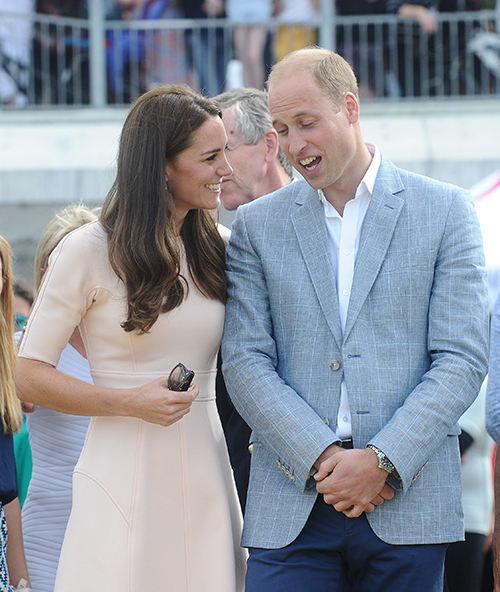 Kate Middleton and Prince William’s snob attitude has always been a problem for the royal couple. The Duke and Duchess have long tried to look relatable to the public, but they once again failed at trying to look hip during a recent outing in Cornwall and the Isles of Scilly.

Kate Middleton and Prince William are known more for having two stiff upper lips with their high-end demands and expectations wherever they go. It shouldn’t surprise royal observers that the Duke and Duchess of Cambridge are once again failing at trying to come off as a ‘normal’ couple when they are anything but. Kate Middleton and Prince William both looked out of place during their outing to Cornwall and the Isles of Scilly to meet with children taking part in the Wave Project, which teaches surfing to reduce anxiety.

Even though they clearly knew that they would be spending time on a beach, Kate Middleton wore a light pink dress and wedges while Prince William was dressed in his usual coat and slacks. Considering that most of the kids near them were dressed in appropriate beach gear, which of course included bodysuits, swim apparel and The Wave Project t-shirts, both the Duke and Duchess looked out of place, if not awkward, especially with Kate Middleton trying to walk in her wedges in the sand. If that weren’t enough, the Duke and Duchess of Cambridge also tried their hand at looking hip while playfully making “Hang Loose” hand greetings with the crowd.

While it’s wonderful that Kate Middleton and Prince William are finally doing some actual work and bringing attention to their charities, they’ve once again failed at convincing the public that they indeed care or even were prepared about their royal obligations.

Kate Middleton and Prince William’s snob attitude is just something they can’t shake off, as it was obvious by their body language and awkward posing that they would rather be left unbothered back at home than anywhere else. Even though Kate Middleton and Prince William tried to look ‘hip’ and relatable during their outing, they ended up achieving the opposite result.

Tell us CDL readers, what do you think? Are Kate Middleton and Prince William trying too hard to look relatable and comfortable with the public? Are Kate Middelton’s dress and wedges yet another example of how the Duchess truly needs someone to help her pick out more appropriate apparel in public? Drop us a line with your thoughts in the comments section below and of course check back with CDL for all the latest news on the entire British royal family right here.