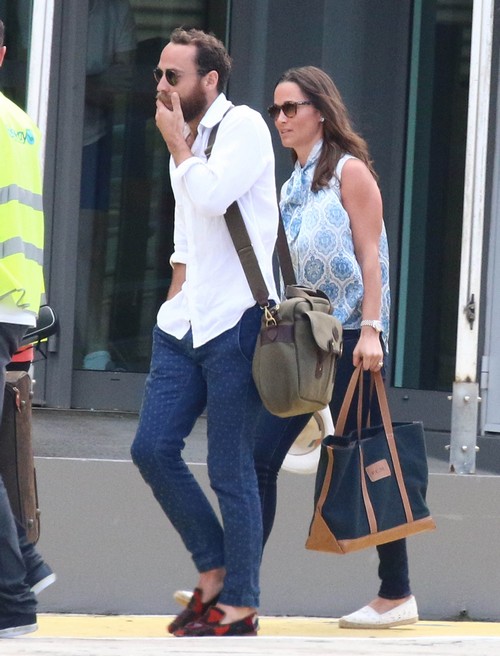 Once again Kate Middleton is ashamed of someone in the Middleton family. This time it’s James Middleton and his bankrupt Boomf Marshmallow Company. It’s just another Middleton disaster, isn’t it?

It has been previously reported that James’s personalized marshmallows aren’t very popular. The company has been leaking money since the day the machinery was turned on in the factory where the not so cute confections are produced. Apparently, things have gone from worse to teetering on the brink of bankrupt.

James’s two previous businesses have also gone bankrupt – Cake Kit and Nice Cakes. When asked about this financial predicament James replied, “Those companies shut down, but I shut them down myself and did so with my head held high.”

The “Say, I’m gay!” with a personalized marshmallow campaign in 2015 didn’t help to boost sales of the goodies. Did you miss James Middleton’s marketing ploy? You can find it on the Boomf YouTube channel. The Duchess of Cambridge may be embarrassed by her siblings James and Pippa Middleton’s constant failures in the business world, but that ad campaign must be the most mortifying of all.

Not only is James losing his business, as previously reported, girlfriend Donna Air, a model, actress, singer turned talk show host is ready to call it quits with the wannabe entrepreneur. The couple has been together since 2013, but if James doesn’t get his financial house in order the duo may not make it much longer.

Does anyone really like marshmallows enough to send a costly personalized box of the sweet stuff to someone? Maybe Kate Middleton and Prince William have ordered up a few dozen as a unique invitation to celebrate their fifth wedding anniversary on April 29. Maybe Queen Elizabeth should consider memorializing her 90th birthday with a batch of personalized Boomf marshmallows!

Pippa Middleton has been a failure as an author and talk show host and goodness knows what else. Reportedly Pippa was going to start some kind of organic food line or organic baby food line and the Duchess of Cambridge was going to lend her name to the business. We wonder whatever became of that business venture.

Perhaps James Middleton and Pippa Middleton can put their heads together and think up a successful business plan. Preferably something that does not require Kate Middleton to put her name on it in order to ensure its success.

Let us know what you think in the comments section below and come back to CDL for the latest Royal Family News.

Pippa and James Middleton by FameFlynet