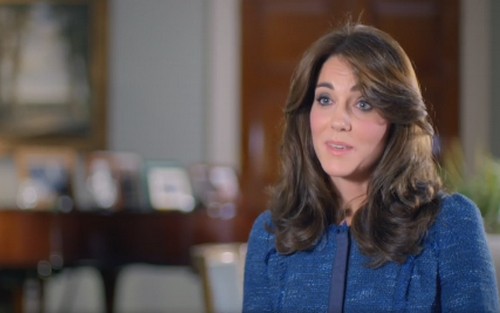 A broken-hearted Kate Middleton’s Easter will be spent at Carole Middleton’s home. The Duchess of Cambridge has been abandoned by Prince William who is visiting with ex-girlfriend Jecca Craig and attending her wedding while in Kenya.

What was Prince William thinking when he jetted off to Kenya for a combo official/private visit? It’s Easter weekend for goodness sake! William just up and left Kate Middleton, Prince George and Princess Charlotte for Easter? Is this appropriate behavior for a loving husband and father and future Defender of the Faith?

Kate Middleton is already at Carole Middleton’s home and crying on mum’s shoulder over the thoughtless second-in-line to the throne. Along with the tears there must be a bit of ranting and raving too because William is attending ex-lover Jecca Craig’s wedding this weekend.

Jecca’s been the cause of many an argument between Kate and William and this latest misstep by the Duke of Cambridge may be the last straw. You know Prince William is going to pay dearly for bailing on his family obligations, including attendance at Easter church services.

Just wait and see! Kate and William will spend more and more time with the Middletons over the summer as payback for this Kenya trip. Would it surprise anyone if Carole manages to worm her way into Queen Elizabeth’s 90th birthday celebration? Not just the public pomp and circumstance, but the private Royal Family party.

An entire season of Royal events awaits. Will we see the Middletons in the Royal box at Ascot? How about Wimbledon? And of course, we cannot forget Princess Charlotte’s first birthday party! Who is going to have control over that?

Forcing Prince William to terminate his close friendship with Jecca isn’t going to happen. Princess Diana couldn’t force Prince Charles to give up Camilla Parker-Bowles. Poor Diana nearly starved herself to death trying to win her husband’s heart away from the evil Camilla.

Can you imagine Kate Middleton practically anorexic, overdoing it with plastic surgery, all in an attempt to get William to cut ties with Jecca Craig?

Prince William, like Prince Charles before him, will do as he likes when it comes to extramarital affairs. But this time around the Royal bride isn’t going to keep quiet.

Get ready to see Kate and William spending a lot of time with Carole Middleton from now on. Kate Middleton has history on her side. The last thing the Royal family needs is another divorced future King of England.