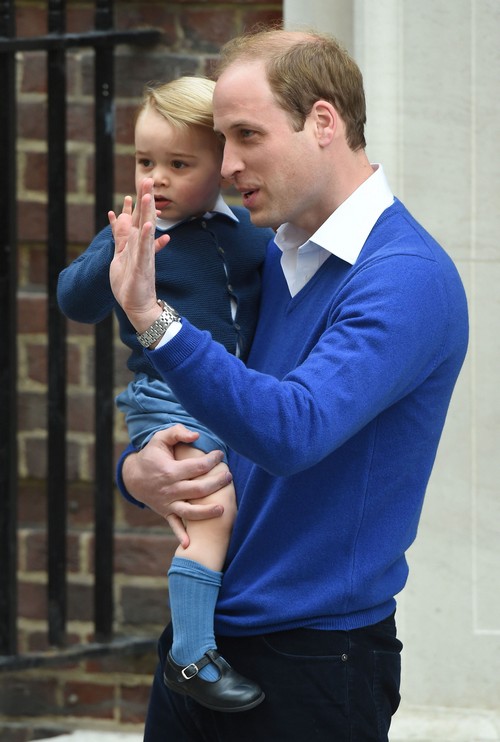 Has Kate Middleton driven a wedge between Prince Charles and Prince William? Is Prince William closer to father-in-law Michael Middleton at least in terms of parenting style? If so then Carole Middleton must be delighted!

In an interview included in the Ant and Dec documentary marking the fortieth anniversary of the Prince’s Trust, the second-in-line to the throne revealed that “dad doesn’t do modern technology.” This led many to believe that father and son don’t communicate often, perhaps that phone calls and texts may be non-existent.

The Duke of Cambridge revealed even more about the cold and distant relationship with the Prince of Wales in the interview. When asked to describe his father, Prince William replied, “He’s got an insurmountable amount of duty in him, he’s incredibly driven to do his duty and from a very young age that’s been instilled into him.”

Prince William opened up and admitted one of his greatest fears is not being there for Prince George and Princess Charlotte. That fear may come from losing his mother Princess Diana so tragically at such a young age.

The Daily Mail sources report William is afraid of turning into the same cold and distant father that the Prince of Wales was, and still is.

The Royal insider went on to reveal that both Prince Charles and Princess Diana were workaholics. “People forget the princes were brought up on the nursery floor – they didn’t even eat dinner with their parents.” The Duchess of Cambridge would like to avoid parenting in this manner.

The insider divulged, “William does not want to be an absent father because he knew what it was like growing up with one.” The Duchess of Cambridge also wants to be a hands-on mother to Prince George and Princess Charlotte. If that means Kate Middleton’s schedule of Royal responsibilities is slim compared to Queen Elizabeth’s, so be it.

The Duke of Cambridge will most likely continue to take flack for working only part-time hours as an air ambulance pilot. But the future King may well receive praise for being a great dad.