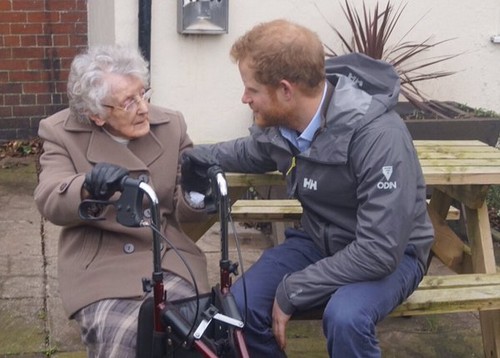 Kate Middleton is frustrated that Prince Harry could be using an upcoming trip to Nepal to escape the constant pressure on the ginger-haired prince to marry. Is the Duchess of Cambridge worried that, as a single guy, Prince Harry won’t take on more Royal responsibilities and that the Cambridge’s will be forced to work harder?

This trip to Nepal is a great way for Prince Harry to get away from Kensington Palace and the constant talk about the partying prince’s love life. Let’s face it, Harry isn’t ready to settle down into family life anytime soon.

The prince has been romantically linked to many women just over the past few months. The list includes Pippa Middleton, Juliette Labelle, Lady Kitty Spencer, Suki Waterhouse, Princess Maria-Olympia, and rekindled romances with exes Chelsy Davy and Cressida Bonas.

The Duke and Duchess of Cambridge are already under fire for being the laziest Royals in recent history. Prince William has carried out only two official Royal appearances in the first two months of the New Year. On top of that, the future King has been putting in only part-time hours at his job as an air ambulance pilot.

Think about it – if Prince Harry were to just settle down with one of the women he has been linked to over the past couple of years then the newlyweds would get their very own calendar of events. Two young Royal couples with light schedules – this could take the spotlight off the Duke of Cambridge’s woefully slim calendar of Royal obligations.

At this point Kate Middleton would probably accept the very unsuitable Pippa Middleton as a sister-in-law. Well a sister who is the Duchess of Cambridge’s sister-in-law as well. Wouldn’t Carole Middleton just love that? Two Royal sons-in-law and a houseful of Royal grandbabies!

But let’s not kid ourselves. Kate Middleton should be so upset. No matter where Prince Harry is or what he’s doing there’s going to be speculation about who the prince is dating and questions about when he will get married. And a tour of Nepal isn’t going to stop Royal watchers from picking apart Prince Harry’s romances.

Maybe the fifth-in-line to the throne will meet the woman of his dreams while in Nepal. You never know, stranger things have happened in the Royal Family, right?