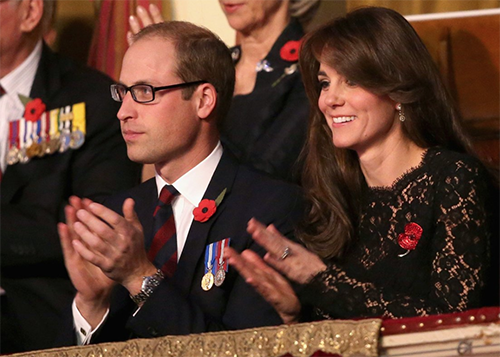 Kate Middleton has been dashing all over the world and from one end of Britain to another over the past few months. Is the Duchess of Cambridge furious? Has she had enough of this exhausting list of Royal responsibilities? Remembrance Day falls on Friday, November 11 and the Royal Family’s week is jam-packed with responsibilities.

How did the Duchess of Cambridge get out of accompanying Prince William to the two events in London on November 10? Did Kate start whining about how much work has been heaped upon her lately?

Is Kate playing the mommy card, insisting on quality time with Prince George and Princess Charlotte? Kate always insists she wants to raise George and Charlotte in as normal environment as possible. 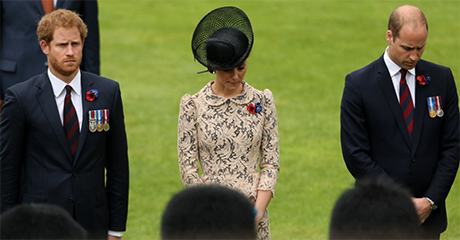 The annual Middleton family vacation isn’t far off. Every January Carole Middleton gathers the family together and heads off to Mustique to celebrate her birthday. We bet Kate is ready for that vacation after all the Royal responsibilities she’s taken on this year. All Kate’s complaining may earn her an extra week of vacation time.

Did Kate Middleton really think that marrying into the Royal Family was going to be a life of leisure and luxury? How could Kate possibly be that oblivious? Royal life is about duty to crown and country, not about showing up at movie premieres and smiling pretty for the cameras.

Be sure to check out CDL for all your Royal News!

Prince Harry will join The Duke of Edinburgh @RoyalFamily at the Field of Remembrance @wabbey on 10 November pic.twitter.com/GP3HRKTu5d

The Duke will visit two projects in London on 10 Nov, honouring those lost in WW1 @CWGC #LivingMemory and @FieldsinTrust #CentenaryFields pic.twitter.com/2nLlPgndX0

The Duke and Duchess and Prince Harry will join members of the Royal Family @RoyalFamily at Remembrance events across the UK next week. pic.twitter.com/fW5fu2Cmct

The Duke and Duchess will join members of the Royal Family @RoyalFamily at the annual Festival of Remembrance @RoyalAlbertHall on 13 Nov pic.twitter.com/YZyO8Jmgcn