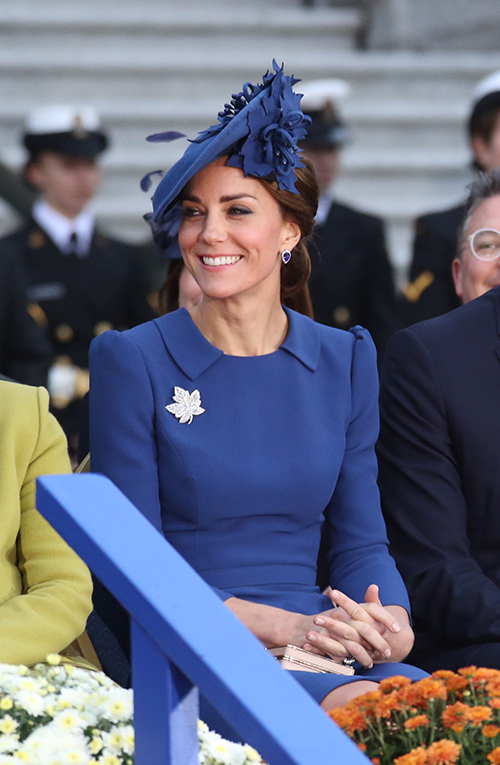 Prince William and Kate Middleton’s trip to Canada is making headlines from all over the world. And, of course, it’s not for the actual ‘work’ they are doing but instead for the pricey fashion ensembles the Duchess has been wearing ever since she and her husband arrived.

Queen Elizabeth might have made it clear that Prince William and Kate Middleton are in Canada to do actual work with their back-to-back royal engagements; however, so far, they’ve been treating their trip like a Hollywood movie premiere.

Kate is using flashy and bold fashion statements to make sure the cameras keep their attention on her while Prince William has been following on with very little to say. The Duchess even wore a $5,000 white Alexander McQueen dress for her first full day of public engagements with Canadian prime minister Justin Trudeau and his wife Sophie. Rather than keeping the focus on her visits to a center for pregnant women coping with substance abuse and the Immigration Services Society, Kate Middleton smiled and waved to the cameras as if she were headed to a glamorous red carpet event.

There’s no doubt that Kate Middleton knew what she was doing before she even stepped off her private jet this weekend. Unlike Princess Diana, who was actually passionate and hands-on about her charities and volunteering her time to visit the sick and injured, Kate just wants the attention that comes with being married to the future King of England.

Princess Diana was considered a hero and a leader simply because she connected with people at every level and looked genuinely delighted to meet her royal fans in public. Kate Middleton, on the other hand, is treating her overseas trips as opportunities to get dressed up in pricey designer dresses and rub elbows with the elite, as she did back in April during her state trip to India and Bhutan and now in Canada.

Sure, Prince William and Kate Middleton might be there to visit the majestic Great Bear Rainforest, meet with Syrian refugees and go canoeing and fishing, but as far as the Duchess is concerned, she would rather smile, wave and put on a fashion show for the cameras. And of course, retreat back to her luxurious hotel before having to do it all over again the next day. What do you think, CDL readers?