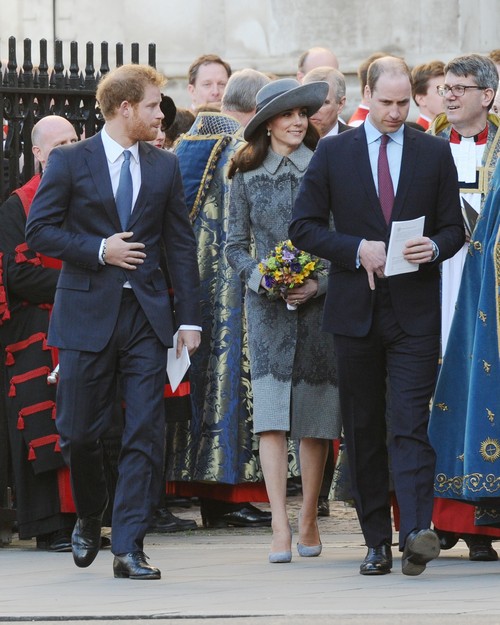 Is Kate Middleton’s spoiled luxury lifestyle to blame for Prince Harry’s rural Nepalese accommodations? Has Prince Harry been forced to forgo the five-star hotels and stay with a local family in a rural area of Nepal during his five-day official visit because of the conspicuous consumption of Kate Middleton and Prince William?

Is Buckingham Palace ashamed of Kate Middleton’s extravagant ways in the face of Kensington Palace employee wage cuts to below the poverty line? Is this an attempt to rehabilitate the younger Royals image? If so, is it destined to fail miserably to dispel rumors that Kate is spoiled and lazy?

A spokesperson for Buckingham Palace revealed, “Harry will sleep in a small, rural home in a remote hillside village while in Nepal next week.” The statement went on to say that “[Harry] had been moved by the stories of resilience of the Nepali people following the earthquakes last year.”

Is this some kind of public relations spin after the backlash following Kate Middleton and Prince Williams secret family ski trip in the French Alps? In case you missed it, the Duke and Duchess of Cambridge chartered a private jet at the cost of about $17,000 a day and whisked Prince George and Princess Charlotte away to enjoy four days at a very expensive ski resort.

Prince Harry’s security is always a concern and so Buckingham Palace released no details of Harry’s accommodations during the Nepal trip. Harry might be particularly at risk in the region since he made the clever remarks that killing terrorists during his Afghan combat missions was like playing a video game.

The backlash over Kate Middleton and Prince William’s Courchevel trip comes at a time when Kensington Palace employees have been asked to take wage cuts and they are on the verge of striking. Nannies, cooks and housekeepers may lose their jobs all together and those that stay will be earning at or below the poverty line.

Now, just days before Prince Harry leaves for Nepal, insiders reveal the ginger-haired prince will not stay in luxury hotel suites during his stay. Oh no, no, no! Harry will stay with a local family in a tiny little village in the middle of nowhere on a hillside.

But is this really fair to the Nepalese family who will provide lodging for Harry? They probably live in cramped quarters with little food or water. Prince Harry shows up with his entourage of bodyguards? Is the family moving out while Harry moves in for a few days?

Never fear, Prince Harry will take up the Royal jet-setting life when all is said and done in Nepal. The prince is headed to Orlando, Florida in May to host the Invictus Games. We’ll wait to hear where Harry shall lodge during his visit to the States.