Kate Middleton and Prince William Accused of Taking Too Many Free Gifts? 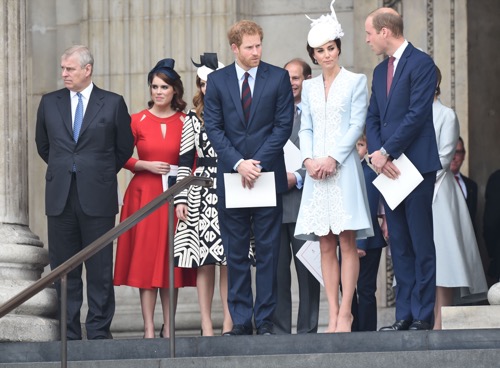 Kate Middleton and Prince William are once again being criticized for living a very luxurious lifestyle even though they put very little effort in working for it. This time around the Duke and Duchess of Cambridge are being accused of taking too many free gifts as there’s a new report that says they ‘borrowed’ a chateau for free just so they wouldn’t have to mingle with the public during their last holiday.

Kate Middleton and Prince William apparently spent the last month vacationing from their very little workload as they spent some time in the South of France with their children, Prince George and Princess Charlotte. Instead of staying at a traditional hotel, the royal couple enjoyed their vacation in a chateau that was loaned to them by British businessman Michael Green.

According to the Daily Mail, the Duke and Duchess stayed at a lavish castle called the Chateau La Rocque just because they didn’t want to be seen or photographed in public. Of course, this isn’t the first time Kate Middleton and Prince William have accepted a free gift as they often go on ‘freebie’ holidays that are usually completely funded by generous businessmen to exotic locations such as Switzerland, Barbados and Mustique along with a handful of destinations from around the world.

And it looks like one of the reasons why so many well-to-do figures in the London social scene offer their vacation homes to Kate Middleton and Prince William is because it is seen as the ‘ultimate status symbol’ to have the royal couple stay in their home, even if they are not there. What’s more, it looks like Kate Middleton’s own mother Carole Middleton has been arranging her daughter’s vacations, as she is the one who has been asking friends for these favors.

One unidentified source from the island of Mustqiue tells the publication, “The Cambridges never have to pay for anything when they are in Mustique. They are always looked after. They have drivers, private chefs and a team of staff at their disposal.”

Surely, this is not going to bode very well for Kate Middleton and Prince William as are already being called ‘spongers’ and the laziest royal couple in history for their poor work ethic and integrity. While it’s not enough that the Duke and Duchess of Cambridge take multiple vacations per year, getting them for free is going to irk the British tax payer even more. What do you think, CDL readers? Let us know in the comments section below! Come back to CDL to enjoy all your Royal news and views!