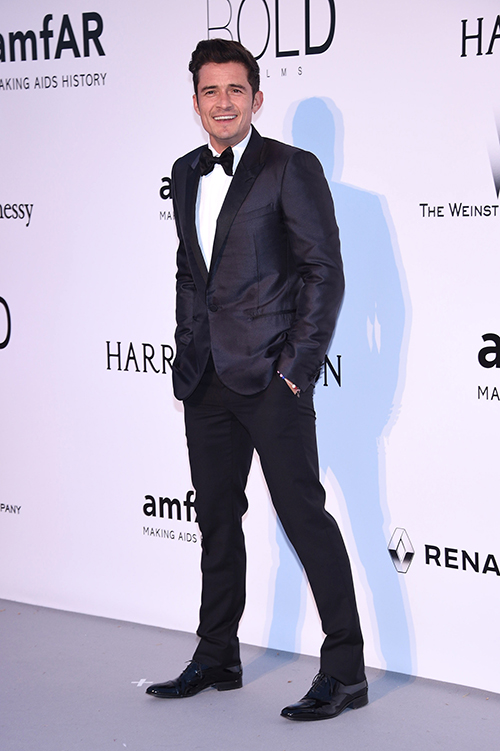 Orlando Bloom and Katy Perry have only been dating for a few short months now, but it looks like they have some big plans in the future together. There’s new speculation that Orlando Bloom is desperate to not only marry Katy Perry but to also start a family with her before his ex Miranda Kerr and Evan Spiegel tie the knot.

Orlando Bloom’s fast track plans include marrying the pop princess and of course getting Katy Perry pregnant as fast as possible, too. Even though Orlando Bloom has barely made any headlines in the last few years while his career has taken a nosedive in Hollywood, it seems like the British actor is desperate for any kind of press, especially now that his ex Miranda Kerr and Evan Spiegel are getting married.

According to People Magazine, Orlando Bloom and Katy Perry’s engagement announcement might happen sooner rather than later, as the ‘Pirates of the Caribbean’ actor is so serious about their relationship he apparently he wants to lock it down before anything happens. One source dished, “He would love to settle down with Katy and have more kids. He hasn’t been this serious about a girl since Miranda.”

Unfortunately for Orlando Bloom though it doesn’t seem like Katy Perry shares the same aspirations he does. The ‘Roar’ singer went through a rocky marriage and divorce from her ex-husband Russell Brand and has even admitted that the experience has left her scarred. With Orlando Bloom pushing things to go so quickly with his marriage and pregnancy plans, there’s a good chance that Katy Perry might back off altogether if he doesn’t slow things down.

But, then again, Orlando Bloom seems to be enjoying all of the attention he’s getting thanks to his Katy Perry relationship and of course his naked vacation photos from Sardinia, Italy that were taken last week. For someone like Orlando Bloom, who usually likes to keep a low profile in the press, he has been catering to the paparazzi ever since Miranda Kerr announced that she and Snapchat CEO Evan Spiegel are getting married.

Of course, this might be another case of who can beat their ex to the altar unless Orlando Bloom does indeed want to marry Katy Perry out of love. That, or Orlando Bloom is simply jealous that Miranda Kerr has moved on before he did.

Tell us, CDL readers, do you think Orlando Bloom and Katy Perry should get married? Is Orlando Bloom desperate to tie the knot and start a new family before his ex Miranda Kerr does? Let us know what you think in our comments section below!