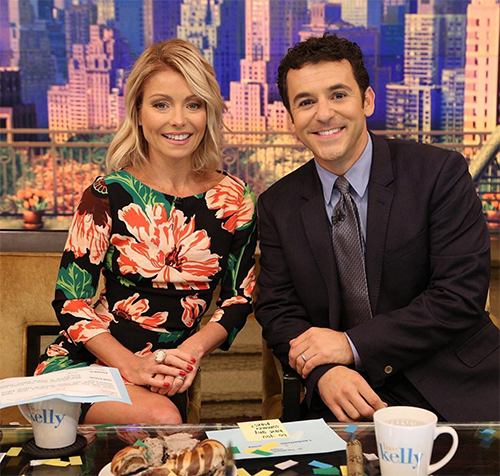 It doesn’t look like Kelly Ripa is ready to share her spotlight with someone just yet. In fact, there’s speculation that the morning talk show diva might be blocking Fred Savage from securing Michael Strahan’s seat.

It’s been several months since Michael Strahan shocked both viewers and Kelly Ripa when he announced that he would be leaving ‘Live’ to take on a full-time job at ‘Good Morning America’ instead. Kelly Ripa was left blindsided over the news and acted like a diva, refusing to go back to work until ABC executives had to do everything but get on their hands and knees to beg her to come back.

Kelly ended up making Michael’s remaining weeks on the show miserable by taking jabs at his personal life and bringing up his past divorces on air. Things got so bad for Michael that he ended up leaving the show earlier than expected, even though his ‘Good Morning America’ gig didn’t officially start until September.

It’s now been several months since Michael Strahan left the show and Kelly Ripa still can’t find a decent enough replacement for the ex-NFL star. While there’s been plenty of guest co-hosts helping her out in the mornings, no one has campaigned for the job harder than former child television star Fred Savage. According to Decider, he’s even been a hit with audiences, as he’s managed to give Kelly the air time and attention she so desperately craves, while also bringing in ‘an unexpected yet adorable wide-eyed enthusiasm to the mix.’

So why hasn’t Fred Savage been offered the ‘Live’ job yet? Both fans and critics believe that Kelly might be holding off for a bigger and better name to sit next to her every weekday morning. Sure, Fred might fit the bill perfectly, but there’s no doubt in anyone’s mind that Kelly would rather work with someone like her best friends Andy Cohen and Anderson Cooper, or even comedic actors like Joel McHale and Neil Patrick Harris. Fred Savage might be a recognizable name to those who remember him during his ‘The Wonder Years’ period, but he doesn’t have the A-list television status to keep the show in the headlines or bring in the younger demographic who have no idea who he is.

While Kelly Ripa might think that she can hold out until she finds the perfect replacement for Michael Strahan, audiences will soon grow restless and eventually stop tuning in if she keeps rotating her guest co-hosts everyday. Do you agree, CDL readers?

Thank you @makeupbymario and @ryantrygstadhair for using all of your incredible talents, magical powers and I believe the force to make me @jimmyfallon ready! On tonight!!!