Kendall Jenner And Harry Styles Moving In Together: Will Kris Jenner Approve? 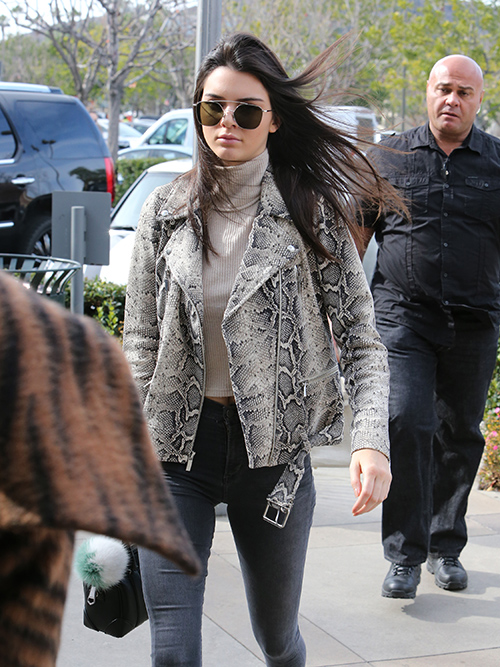 Harry Styles and Kendall Jenner are ready to take the next (big) step in their relationship by moving in together, according to a new report. These young lovebirds must have it really bad for each other, so much so that they don’t want to be apart at all.

In Touch is reporting that sources have revealed this move in situation saying, “They’ve decided to take things to the next level. Harry is going to move into Kendall’s LA condo. They’ll also be sharing his London flat when they’re in the U.K.”

They added that, “They have so much in common — especially since they were both thrown into the spotlight at such a young age. They’re perfect for each other.”

Very interseting. I wonder if big momma Kris Jenner is approving of Kendall Jenner and Harry Styles living together? She will likely either see this as a great piece of publicity for the Kardashian empire, or she could possibly have a motherly moment and say that they are moving too fast. My money is on the publicity.

This is much better news than if we were hearing that Kylie Jenner and Tyga decided to shack up. Pretty sure that all of the reality world would have a complete meltdown and/or tizzy fit. So on that note, let’s just be thankful that it is a report on Kendall Jenner and Harry Styles living together.

Kendall and Harry actually make an adorable couple. Watching them grow their relationship and go for the long haul would actually be quite refreshing to witness. It could be a great moral booster for the entire Kardashian-Jenner family. With so much negative, bizarre and broken relationship crap always at the center of their lives, this could be just what the doctor ordered.

For now, let’s just keep our fingers crossed that this move-in plays out like it is reported to be and see what happens next. Maybe One Direction will get back together and go on a killer tour? We can always hope, can’t we?

Drop your opinions on Harry and Kendall in the comments below and be sure to check back here at CDL for all of you celebrity new, gossip, and more!