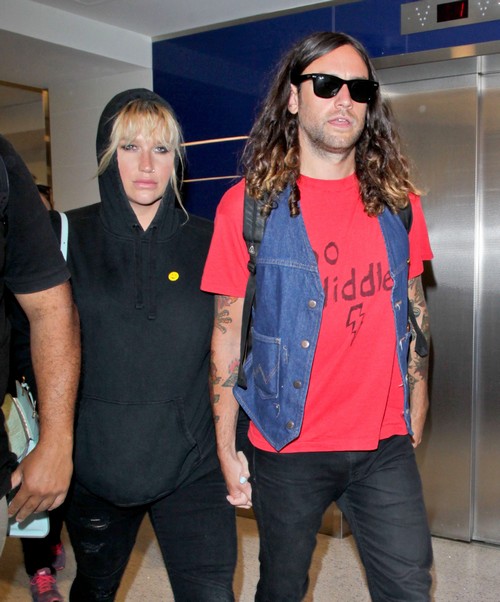 Kesha’s four-year long legal battle with her former producer Dr. Luke has taken a surprising turn after the singer dropped her sexual assault lawsuit in California.

Kesha sued Dr. Luke (real name Lucasz Sebastian Gottwald) in both New York and California, alleging that the producer verbally, emotionally, physically and sexually abused her over a period of ten years. Her claims that the producer drugged and raped her rattled the music industry at the same time that numerous victims came forward accusing Bill Cosby of the same crime.

Though Kesha has dropped the California lawsuit without prejudice and is maintaining her lawsuit in New York, the move has to come as a relief to Dr. Luke, who has been battling the sexual assault accusations both in the legal system and public arena.

Dr. Luke discovered Kesha at the age of 18 and produced both “Animal” and “Warrior.” Despite the commercial success of both albums, Kesha claims that the producer did not give her career the same attention as that of other artists and that he maintained an environment of abuse in order to control her and her music.

She alleges that she decided to take action against the abuse when her doctors told her that continuing to work for the man who had abused her was dangerous to her health and wellbeing. The singer checked herself into rehab in 2015 for an eating disorder which she alleges was the result of Dr. Luke’s constant criticisms about her weight and appearance.

Dr. Luke however, claims that Kesha filed the lawsuits based on false allegations in the hopes that she would be relieved of her recording contract and that he is innocent of any wrongdoing.

After such a fierce battle, her sudden decision to drop one of the lawsuits is puzzling to fans and the public at large. After Kesha’s four-year hiatus, Yahoo! Celebrity reports that she is anxious to release a new single and album as soon as possible and this desire to return to work is the motivation behind dropping one of the lawsuits.

However, one has to wonder whether the motivation for dropping the lawsuit was based more on financial considerations than a strong work ethic and commitment to her music. A four-year court battle in two different states against a team of high-powered Hollywood attorneys could easily cost millions and without any album income flooding her coffers, it is unlikely that Kesha could continue paying her legal bills.

Whatever her motivations, fans are anxiously awaiting new material from the once top-trending artist.
Do you think Kesha is dropping the lawsuit out of love for her career or is she just going broke pursuing litigation? Let us know your thoughts in the comments below!

Kesha and Brad Ashenfelter are seen arriving on a flight at LAX airport in Los Angeles, California on July 25, 2016. The pair were returning from Las Vegas where Kesha performed at the Intrigue Nightclub. Image Credit: FameFlynet