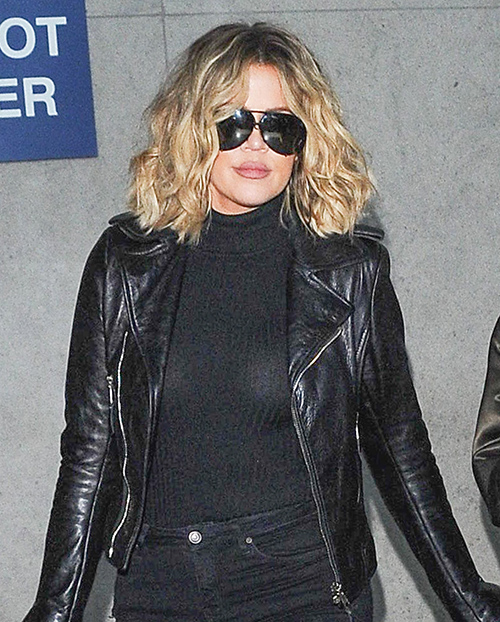 Khloe Kardashian appeared on Watch What Happens Live on Bravo to chat it up with host Andy Cohen. The Daily News reports that the reality star owned up to the fact that she and Lamar Odom did in fact make sex tapes,

“I’ve definitely recorded myself having sex with my ex-husband but not like talking to camera.” She continued, “Do you remember those little cameras? They were little video cameras that you put in your pocket. That was my jam for a moment.”

Of course Andy Cohen had to ask the question whether or not she still has those sex tapes and she confessed, “I do. In my safe.”

Good answer! That is where the Khloe Kardashian and Lamar Odom sex tapes should remain until the end of time. Please? Cohen also asked Khloe about the Kim Kardashian and Ray J sex tape situation and how Kim will be able to explain that to her children. Wow. That’s a loaded question, isn’t it? But she handled it well replying,

“Good question but I don’t know. That’s what moms and dads do, I don’t know, to their own kids.”

Yeah, who knows how that will be explained. But how will most of Kim’s choices in life be explained to her kids? Maybe just sitting the kids down in front of a Keeping Up with the Kardashians marathon will explain it all.

In other news on Lamar Odom, Khloe spoke on Live! With Kelly and Michael, according to Us Weekly, saying, “It’s such a relief. It was terrifying and scary. No one knew what was going to happen. And what’s crazy is because he’s an athlete, I really think having so many years of working out every single day, he wasn’t even walking three weeks ago, and now he’s walking.”

Hopefully he will have a full recovery and be able to move on with his life and make good choices for himself as well as his children. At the end of the day, I give huge props to Khloe for supporting him through all of this. It seems like it would have been so much easier to just walk away and let him live with his bad choices. When do you think she will pull the trigger on the divorce? Or do you think that there is a chance of Khloe and Lamar getting back together for good?

Drop all of your thoughts in the comments below and come back to CDL for all the latest news on the Kardashians!