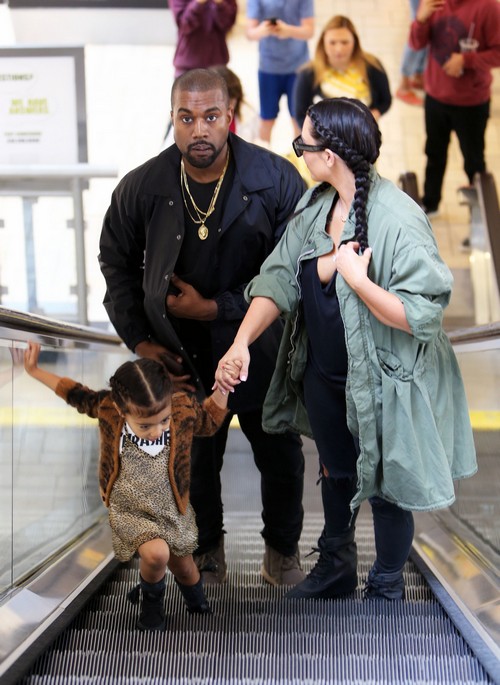 Was Kanye West cheating on Kim Kardashian with Rihanna? If he never did cheat, Kanye certainly did flirt A LOT, and Kim has reportedly banned her husband from speaking to Rihanna to make sure that nothing more happens between the two musicians.

RiRi and Kanye were very close at one point, but now for former BFF’s and collaborators don’t even speak to each other anymore. And, they have jealous Kim Kardashian to blame.

Honestly, we don’t really see Rihanna going for Kanye West. Kim Kardashian is giving her crazy husband a little bit too much credit. The reality TV Queen truly is a walking contradiction. How can someone so vain and obsessed with themselves be so insecure and jealous of others – at the same time?

Regardless, Kim reportedly felt threatened by Rihanna and suspected that if given the chance Kanye would cheat with the R&B singer – so she forbid Kanye from talking to Rihanna any more.

An exclusive report from Radar Online reveals, “Kanye West has distanced himself from his longtime protégée Rihanna.” According to the website’s inside source, “Each and every time Rihanna is on the scene Kim gets jealous and threatened. It’s unbearable for all concerned.” The source went on to say that Kim is paranoid that one day Rihanna will “steal Kanye away.”

Kim is thinking way too highly of herself and her husband. If she wants to catch her husband cheating, she should probably take a closer look at the strippers/Instagram models he has been known to associate with.

Of course our dear friends at Gossip Cop report exclusively that Radar’s story is false and it’s a rep of Kim’s who says so – the problem is that no rep of Kim would admit it even if these rumors were 100% true. Is Kim K going to admit she is jealous of Rihanna or that she fears Kanye would cheat?

What do you guys think? Is Kim Kardashian crazy to ban Rihanna and Kanye West from talking to each other? Do you think Yeezy and RiRi ever cheated, or would have? Share your thoughts in the comments below!