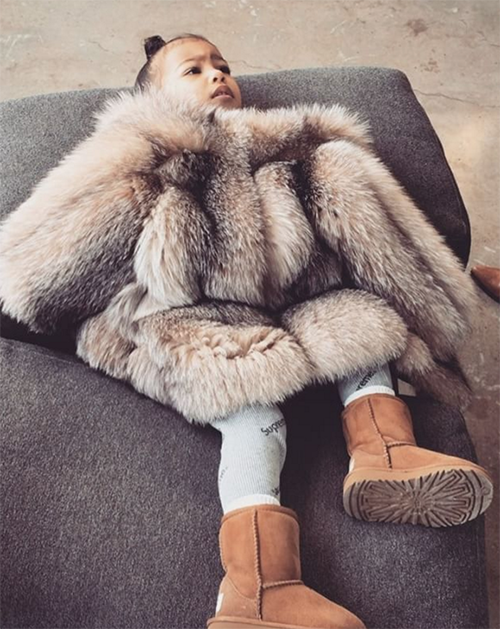 Kim Kardashian clashes with PETA once again as she dresses North West in a fur coat before a meal at Cipriani on Valentine’s Day. Kim certainly could not let the opportunity pass to wear one of the exotic pieces as well. Along with the knee length, full white fur coat, Kim K rocked the Yeezy Season 3 shoes she wore in support of Kanye West’s Saturday Night Live appearance on February 13.

Strutting proudly with Kim like a miniature replica of her mom was North West, decked out in a pair of jeans and a honey leopard-print fur coat on the streets of New York City. The pair was on their way to meet with Kanye inside the restaurant.

PETA (People for the Ethical Treatment of Animals) can also forget about an apology coming anytime soon. A Twitter post by Kanye West on Monday, February 15 stated, “Yes I am personally rich and I can buy furs and houses for my family”.

Later that day, Kim added more fodder to the flames with her evening Instagram video. The post showed North West in another fur coat, which soon fell to the ground unchecked by those monitoring Nori. This will pique the ire of PETA for sure! While many found it amusing, some followers expressed their dismay with the post, as they saw this as proof of Kim teaching her daughter to hate and abuse animals.

Regardless, there certainly will be some backlash from PETA, who have had several run-ins with Kim K in the past. PETA has ridiculed Kim’s repeated decision to wear fur and her burgeoning collection. With North West appearing in the animal pelts more frequently as well, how will PETA express its irritation?

Make no mistake, PETA has missed no opportunity to attack Kim K and her fascination with animal fur. “What’s Kim Kardashian’s Body Count?” is one such example of their anti-Kim campaigns on PETA.org. Launched in 2011, the ad insinuates that Kim’s fur coats had left several foxes motherless.

There have also been instances of physical expressions of anger. The Daily Caller recalled that, in March 2012, Kim Kardashian was flour bombed while making an appearance for one of her signature fragrances. This attack was alleged to have been done by a woman who was associated with PETA as she yelled, “Fur hag…” before throwing the flour. The Kardashian clan erupted in outrage, especially Khole Kardashian, who was once a spokesperson for PETA with the “I’d Rather Go Naked Than Wear Fur” ad campaign. It was after this incident that Khole Kardashian broke ties with the animal rights group.

It is obvious, however, that Kim Kardashian has no qualms or fears when it comes to making a fashion statement, particularly where it concerns her fur pieces. 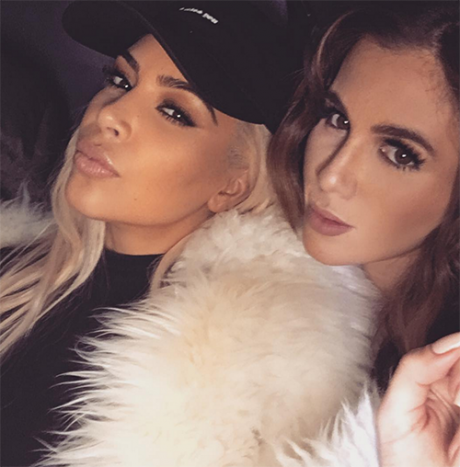