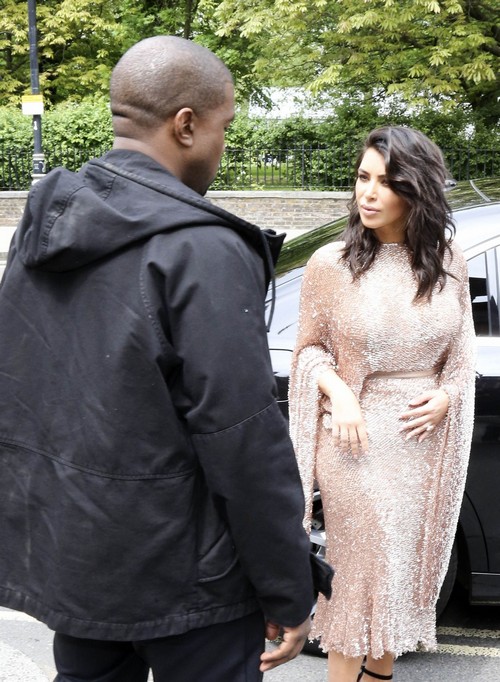 It seems like Kanye West’s condition of depression and paranoia is worse than previously thought and Kim Kardashian is terrified her husband won’t recover. Sources are saying that the excuse of “temporary psychosis due to lack of sleep and severe dehydration” is only the tip of the iceberg and Kanye is suffering from serious mental illness.

We previously reported a timeline leading up to Kanye West’s hospitalization from his erratic rants to the day that he was strapped to a stretcher and reportedly placed on a 5150 hold as Kim Kardashian rushed to his side. Now that you’re caught up on that we can go through the latest information on Yeezy’s condition.

Apparently, the rapper has been suffering from paranoia and depression for a very long time. This isn’t hard to believe because even in the “Can’t tell me nothing” singers rant about Beyonce and Jay Z, he begged Jay Z not to send killers after him.

Before that we all heard about Kim Kardashian’s famous jewelry heist which probably validated Kanye’s suspicions that people were after them. In addition to that West has always expressed how much he was affected by his mom, Donda West’s, death and how much Mama West is missed to this day whether it’s through song or fashion. TMZ reports that the rappers condition was so bad that doctors weren’t able to touch him for a while due to Kanye’s paranoid thoughts that they were out to get him.

Kim Kardashian has been a devoted and supportive wife this whole time. Sources say that not only has the reality queen not left his side but at times she even has to feed her husband and calm him down for the doctors.

It was previously reportedly that Kanye West was hoping to be released the end of last week and that changed to Monday over the weekend. Now that hope is gone and is no release date for the “Gold digger” rapper. Apparently Kanye West is seriously ill and there is a lot of work to be done before they can release him to the care of his personal physician who was there when West was taken in.

Now that the rest of the “Saint Pablo” tour is officially cancelled, Kanye can focus on taking care of his mental health and less about getting out of the hospital. Hang in there ‘Ye. How long do you think it will take Kanye West to get back to his regular self? Are you surprised that Kim Kardashian is sticking by his side? There are no guarantees with mental illness.