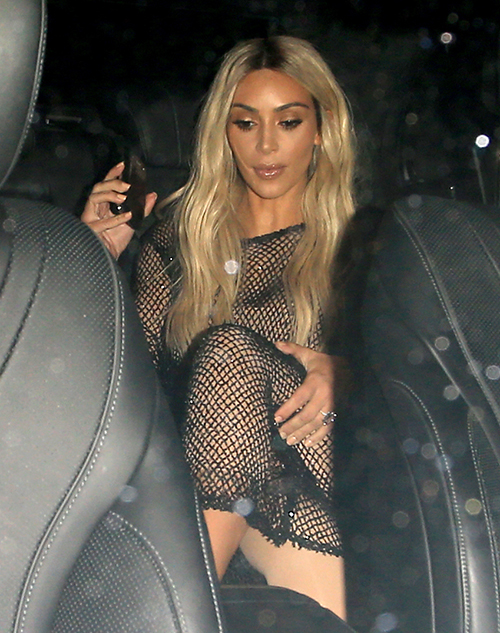 Even though many critics have called Kim Kardashian’s blonde hair one of the worst looks she’s ever sported, the ‘Keeping Up With The Kardashians’ star keeps on going back to it. In fact, Kim Kardashian’s blonde hair debuted only a few months after she gave birth to her daughter North West back in 2013. Since then, she’s embraced the style several times, as some critics think that she dyes her hair blonde whenever she feels the need to appease her husband Kanye West.

Back in 2014, Kim Kardashian revealed that Kanye West loves her most as a blonde, even though she wasn’t a fan of the look. Many critics slammed the reality television star, calling her washed out and a fake plastic doll with her lighter locks while others have speculated that Kanye West loves seeing Kim Kardashian blonde, it’s only then that she reminds him of chart topper Beyonce.

Although Kanye West and Jay-Z are no longer best friends, mostly due to the rapper’s marriage to Kim Kardashian, it was long rumored that he had an obsession with Beyonce. Whatever Jay-Z had, Kanye West wanted it, and that’s why he has slowly been trying to transform Kim Kardashian into a Beyonce look-alike, but with less than flattering results.

Plus, there’s also the chance that Kim Kardashian’s recent Mexican getaway might have upset her husband Kanye West more than she anticipated with her racy beach bikinis and putting the couple’s children, North West and Saint West on display for the paparazzi. In Kim Kardashian’s mind, what better way to make Kanye West forget about her antics with the paparazzi than to dye her hair blonde and give Kanye West clearly what he wants from her. Of course, Kanye West is most content when he’s in control and in Kim Kardashian’s case, that would include her style, her makeup and ultimately her hair color.

What do you think, CDL readers? Is Kanye West controlling Kim Kardashian’s image? Does Kim Kardashian look better as a blonde or should she revert back to her darker, more natural hair color? Sound off in our comments section below and of course check back with CDL for all the latest on the entire Kardashian family plus all your favorite celebrities right here.